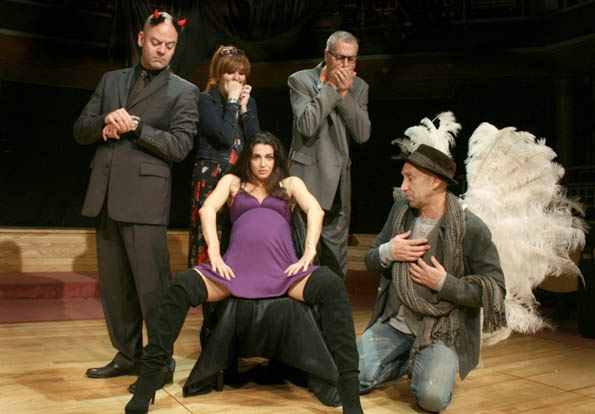 In any country, the number of people who actively and regularly go to the theatre is relatively small. This is no different in Malta. Here though, the theatre-going population is even more niche. With such small audience numbers, it is not feasible for a theatre company to be professional, that is, to earn a livelihood from theatre alone. Most productions run for a weekend or two; hardly enough to justify the weeks of preparation that go into the piece.

Unlike in the world of sport, where amateur athletes command a lot of respect, in theatre, the word ‘amateur’ conjures up the stereotypical ham-acting styles of a small theatre company in some remote English village. This is very far from the truth in Malta, where many companies put tremendous effort and considerable financial risk into their productions, and to achieve often great results, sometimes comparable to professional performances in other countries.

The amateur theatre tradition here in fact goes back to the times of the Knights of St John; at the Manoel Theatre (built in 1732), apart from operas by visiting professional Italian companies, performances were given by groups of Knights themselves. Moving closer to our times, the MADC (the Malta Amateur Dramatic Company) was set up a hundred years ago by British residents looking for a pastime. At the time, it probably was a company in the traditional amateur English style; however, over the years, the direction of the company evolved and standards improved tremendously. For instance, the MADC still produces an annual pantomime, as it first did in 1910, but these days the production has become as lavish as a West End musical.

Over the years, many other theatre companies have cropped up; some have come and gone, but others are regular contributors to the Maltese cultural scene. Companies like Masquerade and FM, which are backed by theatre schools, favour large-scale productions including pantos; others, like Talenti, work only in the Maltese language. Others still, companies such as ActionBase, are involved in the research of theatre while Du’, an all-female company, works only with scripts developed by the group. None of these companies employ full-time actors or directors and are therefore, by definition, not ‘professional’, but the approach adopted by the companies is indeed professional and the quality of the work produced is usually surprisingly high.

Another company on the Maltese scene is Theatre Anon. Since their inception in 1994, this company has produced a series of very different productions – some based extensively on physical work, others purely on words. Their last production, Ospizio, in July last year was a site-specific work which involved actors, dancers, artists, aerial performers and a brass and percussion band! Audiences and critics alike loved it; it was funny, emotional and involving and it set the standard for site-specific work in Malta.

At the moment, Theatre Anon is working on something completely different – a broad comedy. The theme is somewhat unusual in that its central character is a woman, Mia, who hasn’t had sex for a year but wakes up one morning to find she is heavily pregnant. Immaculate is really hilarious as it exploits this situation which includes Mia’s best friend, an angel (archangel actually), a fallen angel, an ex-boyfriend and an old school nerd.

Further Information & Booking
Immaculate – a Theatre Anon production runs at St James Cavalier on the 11-13, 18-20 and 25-27 March and is classified for an adult audience. Click here for booking details. See also Theatre Anon and Immaculate on Facebook.