You are here: Home / Sports / Fanfare to Football in Malta

One of my first recollections of Maltese island life over 20 years ago was of being caught up in a raucous crowd of Valletta F.C. fans.  I was doing the tourist sites of the capital with a backdrop of sweaty, beer-drinking men flying their hero team’s flag. They’d won the FA Cup or league, I can’t remember.  Smaller post-match fests are played out almost each week across the islands as home teams win.  Football clubs double up as social clubs and community centres in some towns; their bars a hive of activity irrespective of whether a match has been played or an international fixture is on the giant screen or not.

Football is numero uno sport in Malta with water polo a close second, as a die-hard Malta national team fan confirms here. Both sports instill a sense of pride in one’s locality and see fans reach fever pitch at times of amazing match wins and losses. Top clubs like Floriana, Sliema Wanderers, Valletta, Hibernians and Hamrun Spartans have sparred hard over the years to win the league or cup.  The annals of Maltese football history have as many unforgettable, and often much disputed, episodes as that of any European country. Some memorable moments are related here.

The love of the game starts young. Once school is out, you’ll see kids in kit – some little older than toddler age – making a beeline for their local Astroturf pitch; coaches and trainers waiting already to drill them for a couple of hours. Homework and meals can wait.

Malta’s love affair with football is deeply ingrained; the history of football in Malta goes back almost 150 years. The game arrived here in the mid 19th century, during British rule of the islands and more or less around the same time the British Football Association was set up. The sport was used as a way to entertain British troops stationed in Malta.

The Malta Football Association was founded in 1900, and a structured Malta league emerged in 1909.  Malta’s is one of the oldest football associations outside the UK.  Malta’s football history mirrors that of Italy, where the modern game was also introduced through British connections in the late 1880s.  Who back then would have predicted that Malta and Italy would take to the game so passionately?

Another interesting fact about Malta’s footballing history is that it can claim the oldest Manchester United supporters club in the world.  It was founded the year following the Munich air tragedy on February 6th, 1958, which killed eight team players and three staff.  The supporters club has notched up several achievements including bringing to Malta all the trophies Manchester United has won over the past decade and a half.

The local branch’s links to the Manchester United team are strong; apart from the annual visits of various high level officials, some players have strong, deep-rooted affection for Malta. Gary Neville has been very high profile and almost a cultural ambassador for Malta having holidayed on the islands continually since his childhood. In recent years, the player has had some local business interest in hospitality and property here too.

Players from near and far 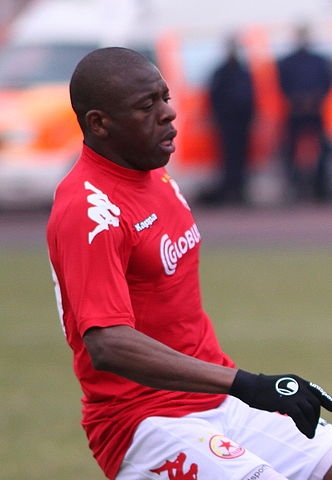 Perhaps in tune with Malta’s openness to the comings and goings of foreigners since time immemorial, football on the islands has been attracting overseas players  – and some coaches – for a long while. Among those currently making a mark in Malta are 28-year-old Njongo Priso and 34-year-old Alfred Effiong.  Priso first came in 2008 and re-signed last year with Valletta F.C. after stints with clubs in Cyprus, Bulgaria and Romania. Effiong, now married to a Maltese and with Maltese citizenship now plays for Balzan after moves around several Maltese clubs.  A former Valletta goalkeeper, Britain Andrew Hogg, now plays for a Greek team.

Of course, there are two sides to the comings and goings of players, and we can’t miss highlighting Malta’s Michael Mifsud, current captain of the national side. Mifsud moved widely playing earlier in his career for Kaiserslautern B side, Norwegian premier league club Lillestrøm, Coventry and Barnsley (UK) and Melbourne Hearts (Aus).

Malta is also an attractive location for overseas teams seeking to train over winter in more temperate climates than back home. The Malta Football Association’s Centenary Stadium at Ta’ Qali, has played host to clubs including A.C. Milan, Juventus F.C. F.C. Internazionale, Manchester United F.C., Liverpool F.C. and F.C. Bayern Munich, Catania Calcio and AC Torino.  Some of these clubs have run summer camps for Maltese juniors too.

A Game of a Different Kind

Of course, Malta’s footballing links don’t just relate to kicking up the turf – or Astroturf.  It would be hard to ignore the presence of iGaming firms since the establishment of the Malta Gaming Authority (MGA) in 2001. Set up by parliamentary act, the MGA oversees a robust but fair and attractive jurisdiction regulating remote, or so-called iGaming.  The industry has proved immensely important to the islands’ economy and now  the Lotteries & Gaming licenses all the big name firms – such as William Hill – or their subsidiaries and interests.  There seems no let up in the arrival of igaming firms despite changes afoot in other jurisdictions. The sector is certainly a large employer of both Maltese nationals and expats.

A round-up then in brief of some of Malta’s football links that, surprisingly, for a small island state reach back to nearly the origins of the modern game itself, and also lay claim to a first (or two) in terms of international footballing history.