You are here: Home / Film & Photography / Simshar: a Maltese feature film in the making

The final session of filming kicks off end March on Simshar, Malta’s first home-grown, full-length feature film aimed at the international market. Director Rebecca Cremona and the team behind Simshar have been in overdrive in the past few months casting the final roles, scouting locations and, crucially, raising funds to see this film through; an area in which they need your support – now.

Simshar is a powerful story – one of courage and also of fear, failings and forgiveness. Humankind is laid bare as the harrowing events unfold: a fishing boat explodes at sea while in another patch of Mediterranean ‘no-man’s sea’, irregular migrants’ lives are played out in a chess game between two nations. The events overlap with disastrous consequences that overwhelm the protagonists, changing their lives forever.

It is a script that demands to be filmed and has a talented Maltese and international team behind it in both cast and crew. Unlike the big international budget movies we’re used to seeing filmed in Malta, Simshar faces myriad extra challenges that major studio productions don’t.

Angélique Muller, associate producer, talks to us about the next stage in the Simshar filming and shares some viewpoints of its international cast.

First though, here’s a behind-the-scenes clip the production team has just put together to explain in brief the whys and wherefores of needing our support.

This final stage of filming ‘on location’ is scheduled for end March and runs for 21 days; eight days having been shot last year. What does it see the team involved in and what are the major challenges facing you in realising this stage?
The filming last November was at the Mediterranean Film Studio (MFS) in a controlled environment. It was nonetheless a challenging shoot, not only because the cast had to spend hours in the cold November water of the tanks but also because we had major special effects’ scenes (fire, explosions and so on…) to deal with. Those scenes would have been impossible to achieve in the same way without the tank facility.

The next part of the shoot, however, will be a far greater challenge as we will be shooting on location, in various parts of the island with many more actors and extras, and therefore in a less controllable environment. We will have days requiring cast, crew and equipment to be carried out to sea – and very big scenes on land to pull off, such as a traditional festa scene, for example. This second leg sees us with a much bigger crew; in effect, we’ll be a moving circus needing cast trailers, a mobile production office and a whole lot more.

You have an international cast of both newcomers and well-established actors. Do you think there’s any difference in the appeal of the Simshar script to local and international cast members given that Maltese actors know of the factual events underpinning the fictional story of Simshar?
Clearly, the story will mean something quite different to the Maltese cast and public who have experienced these events directly, whereas the international cast and audience might not have heard of them in the news. Nevertheless, the story we are telling here is universal and every nation should be able to identify with some aspects of it in one way or another.

For example Sékouba Doucouré, who plays Moussa told us that although he was born in France, he felt that his character’s story (that of a migrant working on the Maltese fishing boat) could have been his. He feels that it is the story of his father and of all those who’ve crossed land and sea in the hope for a better life. For him, the film is a way of reminding us all of many migrants’ struggles to forge a new life, and the sacrifices of their forefathers. Other cast members have similarly deep and telling relationships with the script, whether they are Maltese or international actors. 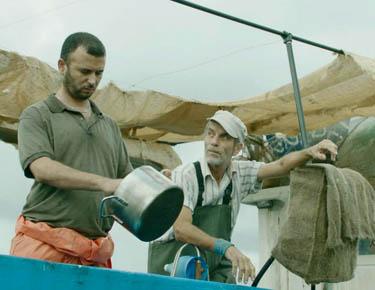 Tunisian-born actor Lotfi Abdelli (photo: left), cast as Simon, the sole survivor of the Simshar crew on that fateful night, gives us an insight into the challenges of playing roles that depict the real people who lived through the events.

“I am the fisherman who survived seven days in the sea, losing family, his crew and everything. This role is a huge honour for me, especially as I am nothing like ‘a man of the sea’. This was a real challenge for me and I had to take lessons with local fishermen. Also, I need to speak Maltese in the film, so I have been taking lessons with a dialogue coach for the past four months and making sure I speak to Maltese people. I am very lucky to have Arabic origins as this allows me to understand at least 50% of the Maltese language quite easily.

“I was very anxious initially the first time I met the real Simon. People had told me that he was not very talkative, and I was aware that what he had been through was terrible. But he opened his heart to me and told me his story. I was inspired by his way of looking at life, and how he is coping today… and the strength of character he has. I am in no way trying to be him; I would never manage to do so anyway. Nevertheless I am trying to be as faithful as possible to his attitude. Simon is a very humble man. Getting to know him was very important for me and gave me confidence.” 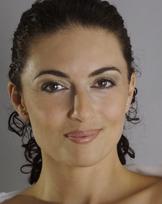 Clare Agius, who plays the role of Sharin, Simon’s wife, says she feels an overwhelming sense of belonging to the project, not only from a pride in seeing a Maltese film of this nature made, but also because she felt the power of this touching human story through the script:

“The script is not only a powerful narrative but also powerful in its ability to capture the essence of the lives it portrays. It made me laugh and it made me cry and it certainly presents an opportunity for me as an actress that is beyond my dreams. My aim is to do justice to the character of the real Sharin by depicting her emotions sincerely and by bringing to the character my own life experiences. Right now, I am immersing myself in the script, developing my thoughts on the character and looking forward to work starting in earnest with the rest of the cast to make this the acclaimed film it deserves to be.”

Laura Kpegli, cast as Makeda, a key protagonist among the boat migrants en route from North Africa to Europe, explains how the power of the script alone was allure enough to be part of Simshar: 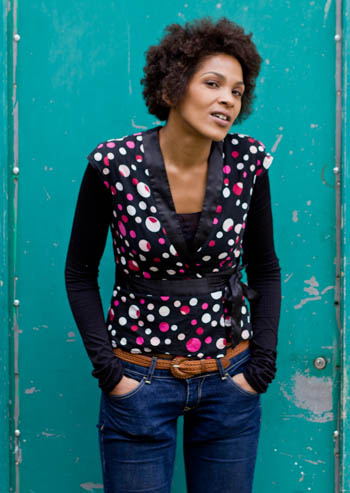 “It talks about real people whose lives have been dictated to by their countries to a great extent. It is also a strong family story, linked with broader issues of today’s world. Rebecca’s writing resonated with me because the freedom to take a bus, a train or a plane to a new destination is part of my life; yet one that must not be taken for granted. Rebecca’s language is precise, bold and accessible.

“Being an actress means being in movement and it is this passion that drives me to take on new artistic challenges. I’m very excited about coming to Malta; it’ll be a challenge! Acting in many foreign languages and discovering new ways of working and having the chance to meet the people who have inspired the characters in Simshar… it’s an opportunity and a strong support to developing my character. I hope to take the Simshar adventure as far as possible.”

Simshar is breaking new ground as Malta’s first homegrown, full-length feature film aimed at international distribution. Have you seen yourselves engaged in a process of ‘educating’ us to the concept of a local movie filmed with international ambitions in mind?
It is funny that you mention that. When we launched our crowd-funding campaign, some people commented things like ”what’s in it for me? Why should I invest my money in it with no guarantee of return?”

There is a misconception in people’s minds, I believe, probably because Malta has provided crew for very big budget films in the past. Therefore, people tend not to differentiate large studio productions from independent ones. And this is something we must deal with on a daily basis. People see a camera and think “big money”… but this is not the case with Simshar.

For Simshar, the funds came from various sources. We initially got a grant of 100,000 Euros from the Malta film fund. Then, a couple of private investors came on board but that was still not enough. The film was initially budgeted at three million Euros.

Today, we are making this film with far, far less, which means that all crew members are giving well over 100 per cent in terms of time and for the remuneration. To ease costs, we’re seeing a good part of the equipment rental sponsored by Movie People, and the trucks by Godwin’s Garage. Without support like this, we couldn’t make the movie. This is the tough reality of independent film making.

In the meantime, our crowd-funding campaign is still running and we are hoping to raise enough money for the remaining 21 days of productions ahead. So, we’ve a call to action – any amount, even small amounts help.

Have you had support from overseas film bodies or individuals of note in the industry?
Malta is a small country with limited means. And if there is a future for the local industry, it lies in co-production. However, due to the fact that no Maltese films have been made in this way before we are breaking new ground. And that is true for European funds as well as international company investment. In the case of Simshar, we are still hoping to strike a coproduction deal with France which should help us with post-production expenses. Hopefully, Simshar will be the precedent that will open new doors to many on the island.

More Info & How you can help