You are here: Home / WiFi: the Quick Guide for Malta 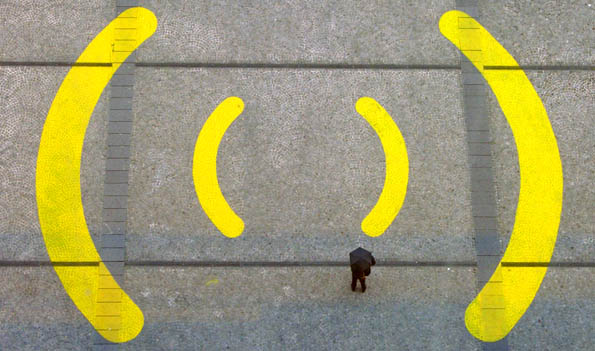 Blasting WiFi to all corners of the office or home has become the passion of many who exercise a parallel existence within the virtual world. Malta presents its fair share of unique challenges, so here’s a quick guide on how best to go about getting the job done right first time.

First, a quick primer on the essentials
A WiFi link is created to ‘do-away’ with running a wire or network cable between two network-able devices. These two connected devices could be your laptop to your internet modem, or to your printer or to another computer or for business users to a network of computers. The advantages of not having yet another cable to trip over doesn’t take much brain processing power to figure out. But it doesn’t always follow that wireless means painless…not in Maltese buildings, at any rate.

To get a WiFi connection working you will need a minimum of two components – a ‘WiFi Access Point’ commonly referred to as a ‘WiFi AP’, and any WiFi enabled device’ a catch-all phrase that can potentially represent your laptop, Smartphone, internet radio, gaming console or whatever else the industry throws WiFi at! washing machines included.

On a good day you can expect to plug in you newly procured WiFi AP and establish a connection between your devices within a couple of minutes – literally. But wander around the building with your live stream and you’ll soon realise that there’s a nasty side to WiFi – Coverage!

The Walls between you and your WiFi
Walk away from your WiFi AP in an open field and you’ll still be connected to it a whole 95 metres away! That’s nearly goalpost to goalpost! Pretty good stuff you may say. But take it indoors and for the first measly 9 inch thick concrete brick wall the signal has to pass through, you sacrifice 35 metres in equivalent ‘open-air’ distance. The second wall, an additional 45 metress due to the now weakened signal and the third wall totally obliterates the last remaining waves altogether leaving you with a ‘wave-free’ side of the wall. A good thing, but only if you’re into EMF free environments.

Try tackling the ‘more established’ buildings of our country and the waves simply don’t stand a chance. Once they hit the first limestone wall standing at a full 24 inches thick its total absorption on a mammoth scale. There is one good feature with these buildings however, and that’s the ceilings. Since most are based on slabs across beams (xorokk) they do allow a signal to go through one level quite comfortably. Modern ceilings based on in-situ concrete with iron mesh act as a barrier to the waves and don’t, allow much signal thru. The more steel mesh there is the worse it gets. In techie terms it’s a bit of a Faraday Cage.

It’s all in the planning
Strategically locating the WiFi AP is key to getting maximum coverage. Don’t get into the thinking that the only place to locate the AP is in close proximity to the internet modem simply because it needs to be connected to it. You’ll have to see the big picture if you want any descent coverage.

Begin by defining which areas need coverage in all directions, vertically and horizontally, and then try to establish a point most central to this coverage.

Fire-up your AP at this location and take a walk round the intended coverage area. Internet connectivity isn’t required yet because all you’re doing is testing for AP coverage. In each area you require coverage, attempt to disconnect and reconnect to the AP since this is the process which fails if the signal isn’t strong enough. Compromises will inevitably have to be made but once you’ve found the best spot for you AP your next challenge will be to connect it to your internet modem. Traditionally we do this by means of a cable running between these two devices however since we gave totally disregard to the internet modem location in relation to the AP, I’ve got a wee trick in store for you.

Power sockets: the answer to wall problems
It’s a relatively newer technology to the AP called PowerLine. In a nutshell it allows you to pass network signals through the standard power lines. These devices come in pairs. Plug one of the devices in the wall socket closest to your internet modem and connect a network cable from your internet modem into this first power line device.

All of a sudden, all the power sockets around the building have become potential network points! So all you need do now is plug the second of the PowerLine devices wherever your AP is and hitch up a network cable between this device and your AP.

Now your AP is connected to the internet.

Getting past those walls isn’t such a problem anymore, now that we’re passing network signals through the power lines. Simply add another PowerLine device and another AP wherever required. Have a good shop around and you will find a combined PowerLine with AP device saving you unsightly wiring.

If the budgets are tight take the combined PowerLine & AP device and plug it in whenever and wherever you require coverage!