You are here: Home / Looking for an Alternative Night Out? 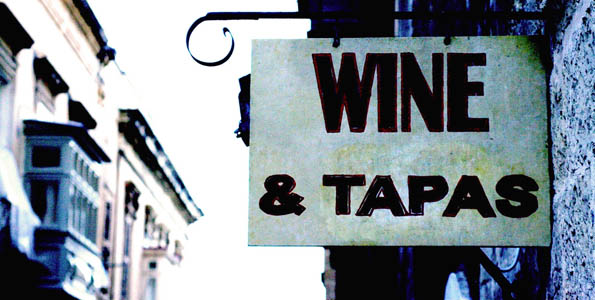 Paceville anyone? No? Then what better than vino and friends in Malta's growing number of wine bars

Ever since Facebook became a part of our lives, it has become our primary source of reference to what to do on a Friday or Saturday night out. This, along with copious SMS adverts, radio spots, and the word on the ground in the Maltese social scene, generally point to the best night outs being at bigger, more advertised social events.

Most people will often go to a certain club or bar just because ‘people’ are going (i.e. acquaintances within the same social circle who you would walk past on the street but who, on the other hand, could contribute to a good ‘night out’ out given their ‘attending’ status indicated on Facebook). Of course, there could be other motives that draw crowds to a particular place, such as cheap drinks and more often than not, cheesy radio-friendly music. Not your thing? Then find out…

What do the rest of us do?
If you take a look around, there are loads of different events that contribute to a good, if not better, night out. The popularity of such events isn’t necessarily assessed by the people who attend, but by the level of satisfaction attained by the people that do actually attend.

Let’s face it, Malta is small, so if you look hard enough you’re bound to find something that although unappealing to the general public, is ten times as fun. Here are some clues and tips on what to look for…

First of all, look as far away as possible from Paceville.
If you don’t want to waste your Friday/Saturday night looking for parking or faced by throngs of teenagers binge-drinking on streets, Paceville is definitely not the place for you. A walk through the streets of Valletta, for instance, will uncover quite a number of quaint little spots advertising jazz nights or acoustic gigs.

For the older crowd, the last few years has seen the surge of quite a few wine bars in Malta, often found in Valletta, or in ‘faraway’ old towns; some of the most popular are in Mdina, Balzan, Attard and Birgu, and are venues for a good night whether you’re spending it with a few friends over a few bottles of wine with accompanying cheese and meat platters, or as a quick getaway with your loved one.

For a younger crowd that have still not tucked away their dancing shoes but can’t face the commercialism found in major bars in Paceville, there are plenty of alternatives. Summer months give non-Paceville goers plenty of options, although in winter you may have to look around a bit and be in the know about gigs. However, whether it’s reggae, electronic music, or techno that you like to follow, there are people out there who strive to make it happen. Whether you prefer donning your mum’s hippie clothes for a reggae party to covering your face in face paint for a rave somewhere remote, there’s something out there for everyone.

And what’s more, Maltese people can make good music. There are plenty of live gigs every weekend. Even though the more popular bands are the ones the general public often talks about (Winter Moods, Ira Losco etc), there are other small bands and acts out there that are just as good, often playing in smaller bars setting the backdrop for a more intimate setting.

A good point of reference, as much as we love to hate it, always remains Facebook. Do your research well, add a few influential people, and you’ve a recipe for fun to guide you through the ‘colder’ Maltese nights.