You are here: Home / The Manhattan Short Film Festival in Malta! 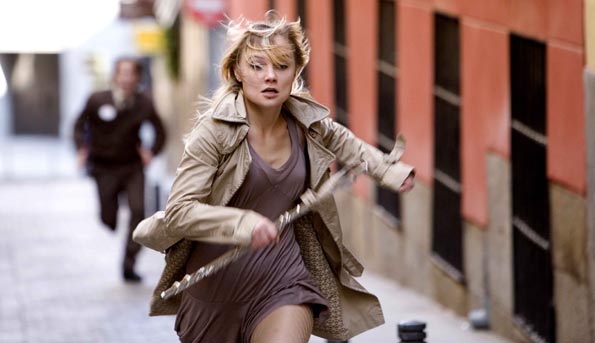 You be the judge of this film. Catch it in Malta while you can.

Local film enthusiasts Joyce Grech and Tony Parnis have been working hard to put Malta on the map on the international short film circuit. After producing the Malta International TV Short Film Festival on TVM, they are now bringing the Manhattan Short Film Festival to the islands. The event is being sponsored by the Embassy of the United States of America in Malta and the Malta Council for Culture and the Arts.

This is a very special international film festival since it brings together audiences from all over the world for one week through an exhibition of the ten, most compelling short films submitted each year. The festival, now in its 12th edition, is particular since it is the audiences themselves who are the judges. This means that up-and-coming film-makers face the greatest test of all: to be judged in cinemas by a global audience!

Now a Maltese audience will be able to enjoy top quality short films on show from around the world, and voice their opinion by casting their votes for the best film of the festival. Because for the first time, Valletta will be joining the over 150 cities participating in the 2009 Manhattan Short (20-27 September) from across the Americas, Europe, Asia, the Middle East and Australia. From 2010, the organisers are hoping to link up with venues in Africa – and in 2011, places as far away as ice stations in Antarctica!

All in all, the event is too good an opportunity to be missed if you like a good evening out at the movies!

When & Where in Malta
Local cinema-goers can attend one of the two nights available: Friday 25 and Saturday 26 September at 7.30pm at the cinema, St James Centre of Creativity, Valletta. The films will be repeated on each of the nights, giving a larger amount of the people the chance to participate in this international cinematic event.

Admission
The great news is that entrance is free of charge – to attend, you just need to reserve your seats by sending an e-mail: info@maltashortfilmfest.com or by calling 99425594, saying which night you’d like to go.

For more information on the Manhattan Short Film Festival, see the festival’s website

The Manhattan Short Film Festival is being made possible in Malta thanks to the support and sponsorship of: