You are here: Home / ‘My kinda town’: Swieqi 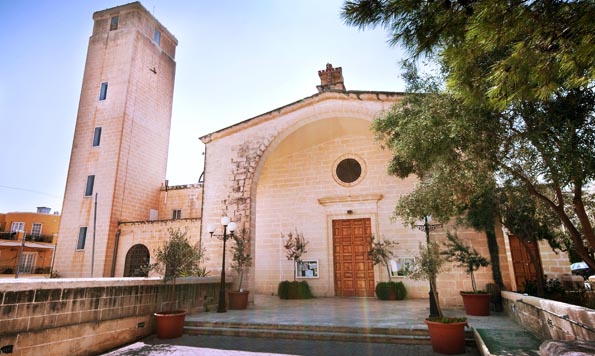 A far cry from Malta's regular baroque churches, but draws a packed house

At Malta InsideOut, we’re starting a section of insider views on Malta and Gozo’s town and villages. It’s all well and good to read the brief guidebook entries, but nothing beats the views of someone living in the localities themselves. Here, in our first ‘my kinda town’ post, Andrew Galea Debono talks about Swieqi; a somewhat urban sprawl that nonetheless has its traditional bars and quainter aspects….

What is Swieqi? Well, Swieqi is mainly a residential town, with a few hotels, tourist apartments and a couple of language schools thrown in. It is adjacent to the party area of St. Julian’s and Paceville and is easy walking distance for St. George’s sandy beach, and around a 20-minute walk from the beginning of the charming Sliema promenade.

I’ve been living, on and off, in this town for 25 years or so. Well, to be fair, the area I live in was previously known as St. Andrews but has been engulfed by ever-expanding Swieqi until the two towns became one. Swieqi also includes the areas of Madliena and Ta’ l-Ibrag. Like almost every other Maltese town, Swieqi (with a population of around 8,200 people) has grown rapidly over the years – an urban development which, more often than not, has been far from pleasing to the eye.

Geography
Having said that, Swieqi (close to, but not touching, the coast of the north-eastern part of the island) still has its charms. To one side is the valley of St. Anthony, a part of which has been saved by the obnoxious urban expansion, where it is still possible to enjoy relatively quiet walks. In springtime, the valley is particularly green and has lovely views of the sea. There are a couple of farms by the valley, one of which sells fresh agricultural products.

History & Places of Interest
Compared to other Maltese towns, there is very little history to Swieqi. Most of the existing sites can be found in Madliena: the Victoria Lines, Madliena Fort, the Batteria San Giovanni and the Madliena Chapel. Looking for these sites is an enjoyable stroll among luxurious villas and fields. The only other historical buildings are the British Army barracks dating back from the 2nd part of the 19th Century, which can be found on the border between St. Andrew’s and Pembroke.

The most famous bar would probably be Jessie Bar, right in front of the Luxol St. Andrews football ground. Jessie Bar has been around since the time of the British regiments in Malta, who used to visit from the barracks close by. Luxol Football Club premises not only offers people a chance to hire out one of their 5-a-side football pitches or have a pizza and beer whilst watching a game on the big screen inside their bar. From time to time, the main football ground is used for some of Malta’s biggest concerts – hosting the likes of Roger Waters, Brian Adams, Zucchero and the famous Maltese tenor, Joseph Calleja.

The Swieqi parish church, in the Ta’ l-Ibrag area, is dedicated to ‘The Immaculate Conception Mother of the Church’. Being a somewhat new town, with the majority of its population coming from other parts of the country, Swieqi does not really celebrate its feast (commemorated on 8th December) except for a mass and small procession. The church is a modern building, it’s first stone being laid in 1964, and is built in a very minimalistic style. It’s far from being one of Malta’s most impressive Churches with regards its artistic value, but the Sunday Mass – especially a Mass in English at around noon – is very popular with believers from other parts of the island.

My favourite things to do in Swieqi

What I dislike most about my town
The senseless and tasteless construction of multi-story buildings in the area, and the rowdy drunken youths in the lower part of Swieqi going home after a night of boozing.

How to get there
From Valletta you can catch buses 64 (stopping at the upper part of Swieqi), 67, 68 (which keeps on going to Bahar Ic-Caghaq) and 671 (which is an ‘express’ bus passing through the quickest route).
From Bugibba / Marsaxlokk (via University and the Three Cities) you can catch bus 627
From Sliema / Cirkewwa (via Mellieha and St. Pauls’ Bay) catch bus 645.
From Sliema / Bugibba catch bus 70 (operational only in Winter months).
From Sliema / Golden Bay (via Bugibba) catch bus 652.
Bus 675 commutes between Swieqi, Sliema, the Univesity and Mater Day Hospital.