You are here: Home / Events & Festas / Stilettos on the Steps: Malta Fashion Week 2015

You know summer is in the air when you hear stilettos clattering up and down Valletta’s steps.  The gala sfilata aside, there seems to be a lot happening during the week. The Mercedes-Benz Malta Fashion Week 2015, now in its 5th edition, kicks off (9 – 15 May) and according to organisers and promoters, it ‘…promises to be an amazing week of high quality fashion shows and events that reach the highest standards of similar events worldwide.’.  And it probably will.

During the week, Valletta is showcasing some of Malta’s upcoming and most talented creatives in the fashion industry from designers to catwalk models, stylists and make-up artists, photographers, bloggers, writers and other fashionistas. The city is hosting a plethora of fashion-related events and its scope seems to extend each year, especially now that the Valletta 2018 Organisation is backing it as part of the run up to Valletta’s European Capital of Culture Programme 2018.  Malta Fashion Week has been developing over the past years bringing together economic and artistic aspects and to promote Malta’s fashion industry on the international map. 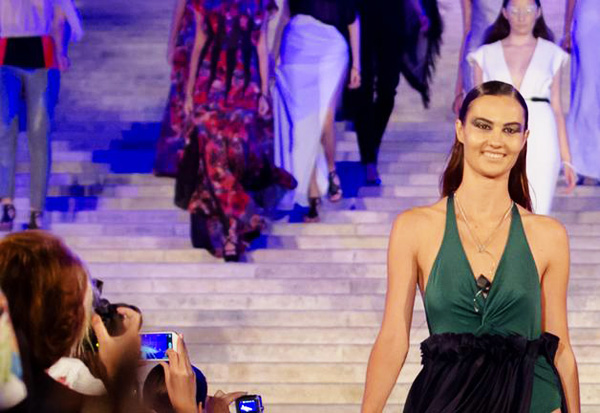 The week’s programme of events certainly spans the capital, taking in venue like the Upper Barrakka Lift at Lascaris Wharf, Ordnance Street, The Palace, Palazzo de La Salle, the Mediterranean Conference Centre, and the Malta Chamber of Commerce.

Apparently, last year’s edition saw Malta Fashion Week featured in over 40 international newspapers and websites; and this year is seeing even greater interest from journalists, bloggers and photographers as well as designers.  Some 32 designers, including seven international designers, are taking part.

Malta Fashion Week closes with the Chamilia Fashion Awards at the Shipbuilding Warehouse in Marsa on Saturday 16 May. Apart from handing out the much coveted awards to the top talent in fashion this year, the event includes fashion shows by several international designers.