You are here: Home / History & Heritage / A Knight of Malta in the making

A few weeks ago, we received an email at Malta Inside Out that stood out from the daily flow through our inbox: a US anthropologist, P. Christiaan Klieger, told us he’d been made a Knight of the Sovereign Order of St John. His research on the singularity, and singular success of Europe’s micro-states in surviving and thriving among their larger neighbours, had drawn him to Malta, and drawn the attention of the Grand Master. Christiaan gained not only access to the Order for academic purposes but also a knighthood and what is now a life-long personal commitment to the Order. As we’re interested in outside-insider views on the Islands, we asked him to explain his research on Malta and also what his entry into the Order means to him.

Q.What drew you to micro-states of Europe as a subject of research?

As a kid growing up in the Cold War United States, it seemed like the only countries that mattered in the world were the large, multinational super powers or giants such as China. With this came the notion that Modernism, with its televisions, jet planes, and spaceships, was an infinitely better proposition than adhering to a dusty past, especially in regards to social conventions. When I first began to travel to Europe as a teenager, I realized that there were fully functional, happy nations smaller than Rhode Island, the smallest state in the US. I was thinking Luxembourg. But then I discovered that there were countries smaller than my hometown—in fact one “state” didn’t seem to have any territory at all (i.e. the Sovereign Military Order of Malta). My question is why do these places still exist? That has been my fascination.

Q. Malta is one of the larger micro-states in your study, and unlike most of the others is not a state underpinned by a principality. What are the main similarities and unique aspects of Malta compared to its fellow micro states (apart from it island status)?

The Republic of Malta is unusual among European microstates that it is an archipelago rather than an enclave within another country or an area surrounded by larger, continental states. And, of course, Malta too had its feudal period, having been a fief of the Kingdom of Sicily, itself under the crown of Aragon. Since I write so much about the Order of Malta in this book, it was natural to include the Republic of Malta.

Q. What lasting mark, architecture and artefacts aside, did the Order make on Malta? And of what relevance is the Order to Malta today? How also, have the relations ebbed and flowed between the two states?

The Order of St. John of Jerusalem, of Rhodes, and of Malta, of course, founded the capital of Valletta and glorified all the landscape by building great baroque churches, palaces, hospitals, and auberges throughout the land. Although in the past the Order must have seemed like just another occupying force to the Maltese, there was a lot of integration between Maltese and the knights. Relations have been steadily improving since Maltese independence. While the Order of Malta is headquartered today in Rome, where it exists in Rome as a sovereign enclave like the Vatican, the important Fort St. Angelo, aka “Castrum Maris” in Birgu, was given back to the Order in 1999 under a 99-year lease. In addition, it was given a sort of limited extra-territoriality under the supervision of resident knight, Frà John Critien, himself Maltese.

Q.Your work shows that Europe’s micro-states are among the richer states in Europe. How did this phenomenon happen? What came into play to preserve their independent spirit and enterprise? 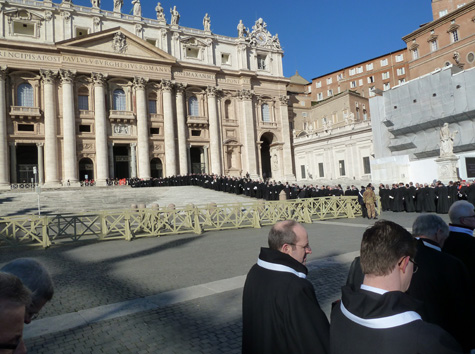 Well, you hit the bull’s-eye with the term “enterprise.” One thing I have noticed that is common to all microstates: because of their small size and the tendency for larger countries to take over smaller ones, the micros are acutely aware of having to be economically competitive in the world. I allude to this trend in the second half of the title of my book, Designer Nations in a Post-Modern World. One perhaps doesn’t think of Vatican City as a “boutique” state, but like the others, it offers “products and services” to the world that no one else does. I think Malta has built upon its knightly hospitaller tradition in offering top-quality medical services. These attract patients from around the world. Andorra is a VAT-free zone close to large metropolitan centers in France and Spain (i.e. Toulouse and Barcelona). Monaco has its casino and unique glamour. Each of the seven microstates has something unique to offer, and each has been remarkably successful. I think this is because they have not taken their precious sovereignty and place in the world for granted.

Q. Most of us living here today, feel Malta is incredibly cosmopolitan. On the other hand, Malta manages to retain its traditions, such as village festas, which are in fact growing stronger by the year. A reaction to increased globalisation perhaps?

Malta always has been one of the most cosmopolitan places in the world. As crossroads of the Mediterranean, it has seen wave after wave of settlers from other places, the Phoenicians, the Normans, the Knights, and the British. All have added their own unique layers of culture. The current inward migration seems part of the same phenomenon, as new peoples come and enrich the rich cultural milieu. You could say that today’s innovations are tomorrow’s traditions. Change is inevitable, but identity maintains.

Q. During your research, the Order, particularly the Grand Master, took a keen interest in your research. On a personal note, what does being a Knight of the Order of St John mean to you, and what obligations does it bring with it?

Being a part of a chivalric order that is over 900 years old is a staggering surprise for someone who started the project as an anthropological observer. Being a knight presents unique challenges, for one being in obedience to religious superiors. Second, as a military order, one also must take directions from superior officers. For those who are from the corporate or academic world, who might be used to a great degree of freedom, it is not always an easy thing to control or be controlled. In the Order we call it “herding cats”. Yet despite the challenges, being a knight charged with the twin duties to defend the Faith and care for the poor and sick, charisma that descend directly from the Crusades, gives a special substance to my life.

Q. A final word: can you say what Malta means to you personally?

Malta is a wonderful example of a post-modern state. Having been a colony for most of its history, its present “ethnogenesis” as a unique state in the Eurozone is an inspiration for many other small places in Europe and beyond.

More on the author

P. Christiaan Klieger was born in Montana but lived most of his life in Hawai’i. He received his doctorate in anthropology from the University of Hawai’i in 1989 on the process of national identity formation. He is a leading expert on the principle of self-determination among the peoples of Tibet. He has also worked extensively with Native Hawaiians in historic preservation and with Native North Americans on self-determination and the application of Native voice in museums. He is the author of several books on the history of Tibet and the Hawaiian kingdom and dozens of articles. Klieger currently lives in the San Francisco Bay Area, and is a knight of the Order of Malta and the Equestrian Order of the Holy Sepulchre, and is a Fellow of the Royal Anthropological Institute of Great Britain and Northern Ireland.

His book, The Micro States of Europe: Designer Nations in a Post-Modern World’, is available to order from Rowman and Littlefield.