You are here: Home / People & Opinion / We’re all in the same boat

Living as we do on the fringes of Europe, in the near centre of the Mediterranean (as tourist and government info tends to put it), we’re dominated by the question of our mixed European, eastern Mediterranean and North African identity.  Our cultural baggage proves fascinating to many incoming visitors some of whom immerse themselves in it becoming enthralled by the unique blend of history, heritage and identity that Malta offers. Then, we’ve layer upon layer of cultural inheritance from the various colonisers who’ve left their mark here too over the centuries.

Malta today is the product of its past, a small slice of land in the middle of the Mediterranean Sea that was always open to all voyagers as a place of refuge and settlement. Today, it seems that most of the Maltese do not remember much of this. In Malta, migrants are set aside in discourse that uses the pronouns ‘them’ and ‘us’ and some here perceive their arrival as a threat.

Why? The Maltese have forgotten that their ancestors were once immigrants; the Phoenicians, Carthaginians, Romans, Arabs, Normans, French and British, among others, who came to rule the Islands. The Maltese must remember that many of them have forefathers who were migrants, too, and who were not always welcome in the countries they emigrated to in search of a better life.

In the 1830’s, French expansion in North Africa meant that what was formerly a large region closed for centuries to Europeans was now wide open to migration. Thousands of Maltese settlers left their shores for Algeria, Egypt, Libya and Tunisia.  In addition, other smaller groups of Maltese emigrated and settled in Corfu,Trapani, Constantinople, Smyrna, Gibraltar, and Marseilles among others. 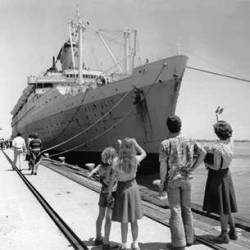 Following World War II, Malta was physically and economically ruined, and the Islands were overwhelmed with poverty at a time which saw an immense spike in the birth rate. The Maltese Islands became overpopulated, and unemployment was very high. As a result, thousands of Maltese emigrated to the United States, Canada, Australia and England.

When Maltese immigrants arrived in Australia, many found themselves facing discrimination. The arriving Maltese considered themselves as British subjects but nevertheless they were banned from working for several state projects at that time, most notably the construction of the Australian railroad.

John Gunn, the then South Australian Premier (1924-1926), regarded the Maltese as “uninvited immigrants”. Even though the Maltese migrants were technically British and had served in the war in the defence of the Allies, they were not given the same work rights as their British counterparts. Maltese immigrants who settled in North Africa also faced adversity with the rise of nationalism in these countries as they sought independence from their European imperialists. Foreigners, such as the Maltese, with a different culture, religion and way of life were seen as intruders.

As the decades rolled on, the Maltese economy recovered and life on the Islands became more hospitable and prosperous. Migration began to slow, and the European standard of living began to take hold. With Malta’s joining the European Union in 2004, a new wave of migration has since begun. Many young Maltese graduates have begun to migrate to a number of European countries such as Luxembourg, France and Belgium in search of more promising employment (mostly in EU institutions) than can be found in Malta.  Even after decades of economic recovery and European integration, Maltese today still find reasons to escape their homeland for a better life which is now more possible with a Europe without borders after the Schengen Agreement.

In recent years, we’ve seen irregular migrants arrive on our shores – erroneously and often ubiquitously labelled ‘boat people’.  In many ways, their reasons for migration are no different from those driving the waves of Maltese migrants of previous decades. 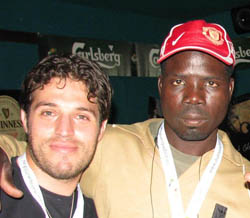 The Maltese cannot turn a blind eye to the humanitarian crises that exist today in the African continent. These people are fleeing political unrest and religious and ethnic persecution and come in search of jobs, safety, protection and food (the basics that man should expect to live in dignity) as well as ideals that we take for granted: democracy and basic freedoms – much the same thing that the Maltese left their land for throughout the centuries.

Europeans must remember that hate speech does not make these challenges disappear: it only throws fuel on the fire and contributes nothing to our understanding of the issues of migration and that migrants  face. Our ancestors left our islands for a better quality of life and faced immense struggles in their new homes.  Can we not learn from their lessons as we deal with the arrival of migrants on our shores? Aren’t we, in essence, ‘all in the same boat’?

David Carabott, back in 2008, as part of his first degree, conducted ethnographic field work at the Marsa Open Centre for migrants, under the supervision of Dr Mark Anthony Falzon; head of the Sociology Department of the University of Malta.

Malta Migration Museum – this is in the first phases of being set up at the Emigrants Commission.