You are here: Home / Arts & Culture / The Arts’ Director: insider view of the Malta Arts Festival 2011

Malta’s annual Art Festival runs 1 – 23 July. We’ve had the programme a few weeks now, but what is the glue that sticks it altogether? And wherefore art we going this year? The main man behind the scenes, festival director Mario Frendo, gives us the low-down on the Malta Arts Festival 2011.

Q. This is the sixth edition of the Malta Arts Festival, but it seems as though it’s been with us far longer. What do you think has made it such a part of a Maltese summer; so established and well supported?

Yes, the Malta Arts Festival has indeed established itself as a major arts event in the Maltese cultural calendar. This didn’t happen by chance. From the first edition in 2006 our aim was to create a festival of quality where Maltese and foreign artists of repute present their work. A quick look at past editions is testimony to our efforts to present only the best to our audiences. Obviously quality costs money. The festival is heavily subsidised by government, which is very positive as it shows that the institutions do believe that culture and the arts are of value for society.

Q. Is the Malta Arts Festival modeled on any other genre of festival worldwide or uniquely our own in style?

Not really. I believe each festival would have its own logic and rationale. So, imitating others would not make sense for our context. Obviously the basic structure of the festival is like any other, i.e. to have a concentrated programme of events that runs over a period of weeks. There are festivals elsewhere that run for months! However, I think that three weeks for Malta is quite a good span of time. Sometimes we are told that events are too close to each other. However that is the nature of a festival as opposed to a season of events.  In addition, having events happening close to each other makes it much easier to attract cultural tourism to the Islands. A quick look particularly at the last week of the festival, which comes up to the start of the Malta Jazz festival, shows that there will be a concentration of big names in the arts performing here.

Q. We’ve seen a lot of international acts and performers throughout the festival’s history. Is this something to expect more of as we see Malta submit its candidacy of Valletta as a European Capital of Culture, 2018?

The European Capital of Culture is a complex thing, which is not only about the organisation of events, but rather about creating a sustainable cultural infrastructure for a city. Part of this process also includes the organisation of events. In view of this, we are collaborating with the Inter-Ministerial Commission for the European Capital of Culture, Malta 2018, in order to see how we can contribute to the broader artistic and cultural scene in Malta.   As an example of the forward thinking and planning of this European cultural dimension, we see this year’s festival bringing over the Barbarossa Project, one of the central acts that was featured in last’s year European capital of Culture, Istanbul 2010. The project is spectacular dance-drama with a narrative based on the history and legends surrounding the 16th century Ottoman raiders sailing the Mediterranean, fashioning a grand epic of Sultans, ships and scimitars.

Q. What do you consider in trying to get the balance of local and international elements in the programme?

One thing for me is crucial – avoiding isolation. Maltese culture can be savoured to its maximum when presented side by side with other cultures. Hence the importance we give to presenting a mixture of Maltese and foreign artists. This we do with utmost confidence in our artistic product which is usually of a very high standard. We have an array of excellent Maltese artists on the rock who explore, investigate, and research their medium. They should be given constant space to create. Our duty is to invest in them. That’s what we do with the Malta Arts Festival.

Q. This year, the programme has a clear emphasis on dance. Is this by chance or by design?

It is definitely by design. This year the University of Malta added Dance Studies to its Performing Arts departments. I thought it would be a good idea to reflect this move in the Malta Arts Festival; to support the initiative which was triggered by University Rector Professor Juanito Camilleri and the good work that Professor Jo Butterworth, as coordinator of the new course, together with dancer Mavin Khoo are doing to set up the Dance Department. That’s why we’ve given more attention to dance events this year. In fact we commissioned Mavin Khoo to create a new work that will be premiered during the Festival on 5th and 6th July. Khoo is a fantastic dancer and choreographer of international repute who will continue to adorn the list of big names performing in the Malta Arts Festival over the years. His proposal, a revisitation of the ‘Sleeping Beauty’ myth is rather engaging. The performance ’00:00-00-01’ is without any doubt one of the main events this year. 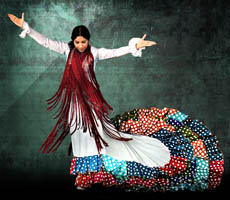 The other dance acts are equally interesting; Ring is the latest creation of Puerto Flamenco. The ensemble needs no introduction to Maltese audiences. Maltese flamenco dancer Francesca Grima is a major arts ambassador for Malta abroad. We are sure the performance will be a huge success. Barbarossa I already mentioned. Stomping La Luna is a production by Contemporary Dance Ensemble Das Collectif. The performance is brought to the Festival in collaboration with the Austrian Embassy in Malta.  Das Collectif will premier the work in Austria in July just days before appearing in Malta.

Q. Another special feature of this year’s festival is its dedication to the late Charles Camilleri, one of Malta’s most renowned composers. For visitors to Malta, unfamiliar with his life and works, can you say briefly why Malta honours Charles Camilleri?

Composer Charles Camilleri was born in 1931. He died in 2009. This year he would have celebrated his 80th birthday. We thought this is a good opportunity to dedicate the festival to him. For those who do not know him, Camilleri’s creative career was a constant search for a ‘Malteseness’ that would characterise his entire oeuvre. It was a life-long journey that investigated our identity and its aesthetic manifestations, by unearthing tradition within the context of the new. More importantly, he reconsidered our identity within the context of others, by deliberately avoiding isolation and opening up to other cultures, traditions, textures, and sounds. Camilleri explored the soundscapes of the Maltese, interpreted, critiqued, and recontextualised them with his music. The result is an impressive portfolio of musical compositions with which he managed to trigger interest in our country on the international level. Charles Camilleri deserves our gratitude for this.

Q. As the festival’s director, what you are particularly proud of in ‘running the show’?

It is obviously a great honour to run one of Malta’s most important cultural events. This comes with its own responsibilities, of course. Running a festival is amazing. As Artistic Director I get to know a lot of artists, which is a great. All come with a baggage and with lots of stories to tell, on and off stage. I consider each year as a learning process for me and and all the team that runs the Festival.

Q. The Festival 2011 in a nutshell – quality, diversity, popularity, eclecticism…? How would you describe this year’s event?

One of the best editions yet! Can’t wait for the 1st of July.