You are here: Home / Expats / Retire to Malta: Expat insights

From the 1960s onwards, many expats have chosen to retire to Malta. For the main part, they have been British but some other northern Europeans too – on account of its enticing combination of sun, proximity to ‘back home’, and its dual official language, English. Now, far fewer British retire to Malta as the old forces links weaken. But Malta is still on the A list of expat destinations; something that’s been internationally recognised. We catch up with one retiree who’s been here just over five years, to find out whether the islands live up to expectations about social life, living costs and more. 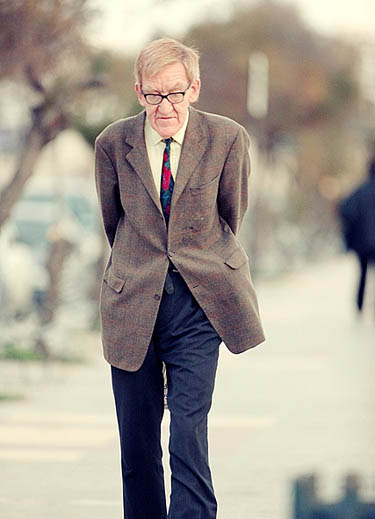 Reflecting on the retirement move to Malta?

Q. What factors were uppermost in your mind when choosing a country to retire to and did Malta check the boxes?

First and foremost, we wanted a country that had warm winters and an abundance of sunshine. It also had to be within a few hours’ flying time from the UK as we have family there and do not want to be too far away from them. Also, at the time, the cost of living was lower; sadly now it has virtually caught up with Britain.

On the practical side we considered, but didn’t look into too deeply – France, (where we’d previously had a little holiday home), Cyprus, Madeira and Gibraltar, but not Spain (too many Brits!). At the time, most of those places were more expensive I think.

Q. Did you know much about Malta beforehand?

We came twice before, the first time accidentally in a way, having been booked to go to a country that then had political upheaval, so came to Malta instead. We returned for another holiday and then once more to seriously look for a place to settle in.

Q. Was the move hassle free? Did you face any specific problems in your early days here?

The move was relatively hassle free; we drove our car down and had our belongings shipped over. However, to be domociled here we obviously had to sort out relevant paperwork and were sent from pillar to post for that. We were also told incorrectly that UK TVs do not work here, when they obviously do and no one mentioned the astronomical car registration tax levied at that time, when importing one’s own vehicle.

Q. As a British couple, people would expect you to have few cultural issues moving here (language not being a barrier and so on), but did you feel that there was a culture shock all the same?

We didn’t experience too much of a culture shock apart from the island looking like one big building site at times, but there were certain “annoyances” i.e. many abrupt unsmiling shop assistants who really don’t seem to care about serving you, appalling quality of driving and very little courtesy on the pavements – you have to risk life and limb in the road to get by, that is if you haven’t tripped up on the uneven paving slabs first! There is also the constant beeping of horns and petards on festa days – but that’s another story!

Q. What’s the social scene like for expat retirees? What are your top leisure and lifestyle interests here?

We joined the British Residents’ Association. It has monthly coffee mornings with a guest speaker, as well as luncheons and outings for anyone who wants to participate. We also like to walk in the countryside as often as we can. The wildflowers in spring are a joy to see. We like to meet up with friends from time to time in the cafes too.

Q. Do you have Maltese friends or do you tend to spend more time with fellow expats?

We don’t spend much time with fellow expats and probably have a few more Maltese friends than English, but it is a mix of both really.

Q. Looking back, do you feel satisfied with your move here? Has it worked out as you expected?

We’ve been here five and a half years now and it is generally as expected. My husband was in his late fifties and I was in my early sixties when we moved here. We came from Dorset, near the New Forest,a very pretty part of the UK. Malta is very untidy with rubbish everywhere, it’s true, but after 17 years in Dorset we got itchy feet! We have occasionally thought of moving elsewhere but are still here….at least for now!

Q. What advice would you give prospective expat retirees considering Malta?

Don’t rush into it and preferably rent a place for the first six months till you find where you want to settle. No country is perfect and on the whole we would recommend Malta. It is still relatively safe and more laid back than Britain and because of the better weather people lead a more outdoor life.

Q. How do you find Malta’s health care?
We were rather surprised that the doctors seem to have a very small consulting room attached to a pharmacy, but on the plus side our doctor gives us a lot more time than the conveyor belt mentality they seem to have now in English surgeries, but we may just be lucky with our GP on that score.

An appointment to see a consultant at Mater Dei was 17 months away, which forces one to pay to go privately. I also developed asthma after coming to Malta, which may have been coming before but certainly wasn’t helped by the building dust and constant exhaust fumes from the far too many cars on this small island.

Q. And what about Malta’s famed climate?

We do find the winters chilly especially in the old houses which get very cold and damp not having central heating, and July and August are too hot and humid. We may find it gets too much as we get older. We try and escape at least one of those summer months and go back to the UK for a while. And we do try to take a holiday somewhere else in the world once a year too.

Editor’s note: we didn’t give the interviewee’s name to respect her wishes for privacy.
Photo: Courtesy Gege Gatt