Carnival in Malta and Gozo, 2014, runs 13th – 17th February this year. Find out more about tickets and the programme herefor the main Carnival activities in Valletta, 2015. While the Nadur ‘Spontaneous’ carnival (ie less organised) counterpart in Gozo runs over the weekend of 14th-15th in December 13th Street and St. Peter & St. Paul Square, starting after sunset each evening.

Shops are advertising kids’ costumes for hire and masks flutter in the wind tied up outside the sell-it-all corner shops. Carnival is big business and much beloved by kids, if not parents’ wallets; with costume hire running easily to Euro 30 upward, it isn’t a cheap event for those who give in to pester power. If you’ve kids, then this is the time to say home-made is best and get gluing, sewing and probably muttering curses under your breath.

Carnival coincides with school half-term and comes more or less right after exam week. No wonder then that kids in Malta leap at the chance to enjoy Carnival, let their hair down and binge on prinjolata, a gleaming towering white cake that marks a feast before the (now defunct) tradition of Lenten frugality. Carnival has always been a time for extravagance though, throughout the centuries…

Carnival’s history in Malta is well documented here. It was a key festivity in the religious calendar in Malta under the Knights of St John. While encouraged at first, its growing licentiousness, rowdiness, brawls and wild festivities in general made some Grand Masters curtail and even censure it in various periods.

Certainly, it has included elements that might make today’s kids pale as they make their annual and harmless trek mid-term to Valletta to see the floats in their ‘grand défilé, with the King Carnival pride of place. Carnival is centred on Valletta, where the city gate was demolished in the late 1950s, as urban legend has it, to build one high and wide enough for floats to pass through. The new Renzo Piano city gate to be will no doubt have factored in carnival’s needs. 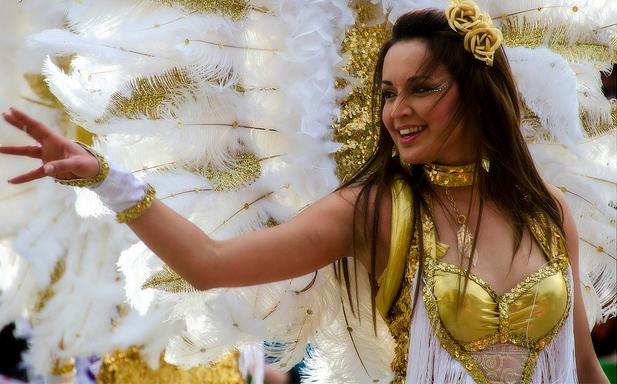 Some aspects of the darker sides of carnival’s history – the macabre and grotesque masquerade – live on in part. The Nadur carnival in Gozo is one of the only surviving spontaneous (rather than totally organised) carnivals today and definitely includes some blacker moments, though probably none as bawdy as those in the times of the Knights. Recent years have seen some revellers, who dressed as nuns – and one as Jesus – hauled up in the courts for violating a ban on vilifying the Catholic Religion.

If you do delve into the history of Malta’s carnival though, you’ll find the debate about its returning to its roots (whatever they really were) has come up time and again over the centuries. No single era seems to have harnessed carnival and avoided its propensity to surprise, defy, and live on in body rather than just spirit.

For children though, carnival is an annual and predictable event. It’s a time to not wear school uniform, and to eat that gooey mound of prinjolata and to enjoy the organised processions in Valletta and pop-up versions of carnival in village squares.