You are here: Home / Arts & Culture / Explore Roman Malta on the Feast of St Paul

Guide books never fail to mention the Roman Villa on the outskirts of Mdina, but perhaps just as interesting a Roman site exists in Malta – tucked away in Bumarrad towards the North. But why are we talking about it on the feast of St Paul, a public holiday here?

San Pawl Milqi is the site of a Roman villa which according to tradition is where St Paul was given hospitality following his shipwreck in Malta in AD 60. The chapel standing there dates back to 1616. Archaeological excavations carried out in the 1960s uncovered a large agricultural area dating from the 2nd to 3rd centuries B.C. It has yielded evidence of extensive olive farming and given us greater insight into Roman agricultural settlement of Malta. 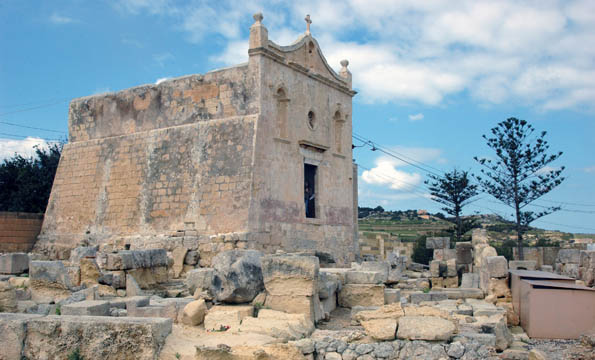 San Pawl Milqi, rubble or relic? Take a tour and find out...

As in previous years on the Feast of St Paul on 10 February, Malta’s national agency Heritage Malta will be opening San Pawl Milqi to the public during the afternoon. The site is not normally open to the public. Tours of the site will take place every 45 minutes from 13.30 hrs with the last tour at 16.30 hrs.

Tickets for the event cost Euro 4 each; concessions for students and senior members: Euro 2. Heritage Malta members and children under 12 enter free of charge.