You are here: Home / Lights Out 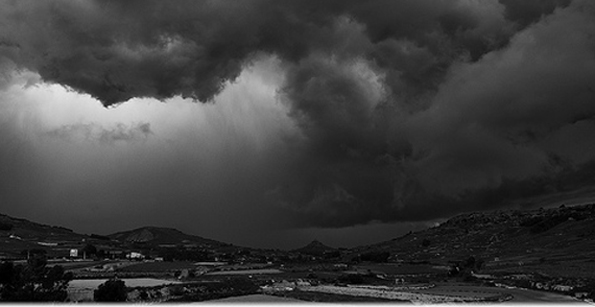 If you live in Malta, at some stage, you're going to experience a blackout.

Living on a small island requires a sense of humour. None more so than knowing how to cope during a major power outage.

Blackouts are part of Malta’s ethnography – like death, they’re the great leveller.  No matter how rich, beautiful or connected you are, at some stage, you will be plunged into darkness, your computer will stop working, your fridge will stop humming, your washing-machine will go silent.  In Malta, you need to be stocked with matches, candles (or in my case, solar-powered garden lights) to cope with the inevitable.

What’s noteworthy about the recent cuts are two factors. First, their frequency – one on March 22nd, and the other yesterday, April 2nd; and second, their universality – total, blanket outages, as opposed to the ones that regularly, relentlessly strike households, and are tolerated as ‘scheduled’ outages.  The fact that yesterday’s blackout occurred on Good Friday at 19.35, at the close of a day that was uncharacteristically blue and sunny, with processions in full flow, triggered more diatribes about Enemalta, fat cats, incompetence, rocketing tariffs and sustainable solutions. The serious side of this is that last night, many businesses suffered losses because of something beyond their control. Others just couldn’t work.

Blackouts can lead to other things. I was in the middle of preparing a lovely sugo for one when the lights went out. Five minutes later, as I scrambled in the garden to uproot my solar-powered lights, I got a call from a friend whose laptop had no battery life. Ten minutes later, glass of wine in one hand and a ladle in the other, we mulled over the upsides of Malta’s regular blackouts:

Conversations. In total darkness, people can say things they have been meaning to say for a long time.   For all we know, during Malta’s power cut, people outed themselves, ruffled the hair of their children and finally said sorry,

Wine-drinking. There’s probably no better tonic for a blackout.  And for once, you can really focus on identifying all those subtle influences  and tannins that connoisseurs always boast about during wine-tastings.

Star-gazing. You realise the extent of light-pollution during a blackout.  Last night, the church was backlit by a canopy of stars.

Wax figures.  You normally have to be a kid to be allowed to do stuff with wax and crayons.  On blackout day, you get to do your own swirls and get your eyebrows waxed by accident.

Book-reading. A book by candlelight takes a totally different spin.

Romance. Some people go for the early night and rekindle their sex life.