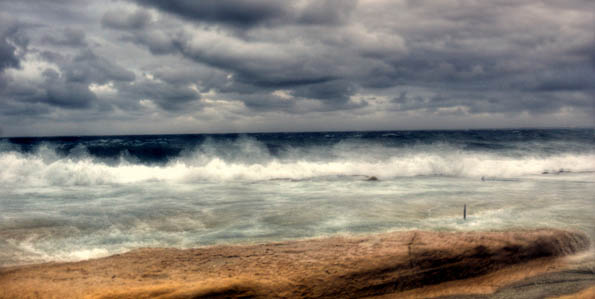 Malta has completely schizophrenic weather in winter. A friend took her daughter to the beach to romp around for an hour today and said it was wonderful. But by 6.30pm, we had storms and right now it’s lashing and blowing a gale outside. This has been the pattern for the past days. All or nothing.

Just as unpredictably predictable is the news here too. Like the weather, it is astonishing for the schizoid impression it gives of the country; the two faces it can give of the self same Islands. Mondays can be lean news days, unless there’s been a flurry of political party podium pieces or photo opportunities for local politicians on the Sunday before. This Monday’s news then had the same podium pontification to it as usual.

I found myself killing an hour in a Valletta café this morning between meetings. With this rare downtime, and finding a copy of the local newspaper on the table, I bothered to read print for once rather than my online news. By page four or so, I was beginning to wonder what kind of place I’d imagine Malta if I took today’s ‘news’ into consideration. The few articles I read, gave me these snippets of insight into the country.

1. Prime Minister Lawrence Gonzi of the ruling Nationalist Party (PN) was making responses to the usual jibes by the now well seasoned opposition Labour Party (he implied that they excelled so much as opposition that it was their métier and job to stay there). Among his responses was one about abortion. In the early 2000s, a Labour Party politician had suggested that abortion should be legally allowed in cases of rape, if there were danger to the mother’s health or if the child would be born severely disabled, for instance. Note, we aren’t saying he was out and out pro abortion, just in very rare and specific cases.

Apparently, the man has now modified his views – probably from undue pressure from pro life groups and his party – and is against abortion in all circumstances – a volte face that did not go unnoticed by the governing party. The PM of course said the Nationalists were and always would be resolutely against abortion in any circumstances. Any legalisation would be the thin end of the wedge. So steadfast is the rock of Malta, that nothing will split it asunder now on the topic of abortion.

2. Pro life campaigning isn’t quite strong enough when it comes to protecting birds in Malta though. Apparently, there are indications that government will seek dialogue with the European Union on reopening the spring hunting season this year. The season was closed abruptly in 2007 after a flock of honey buzzard, a protected species under the EU Bird Directive, was gunned down. Malta can employ, legally, a derogation to allow spring hunting. Legalities aside though, it doesn’t give out the right signals. Plus ça change.

3. The third news item I had time to read was about the EU appointments of two veteran Nationalist Party politicians – one is already an EU Commissioner; the other now Malta’s appointment to the Court of Auditors. A renegade PN backbencher suggested ulterior motives for their shifting to EU institutions (out of sight, out of mind seems to be an appropriate phrase here). Their presences in Malta were too close for comfort for some perhaps. There’s nothing like an EU appointment to put people out to grass; it’s been the norm for decades in all EU countries. Malta is just following suit, at least on this, if not on birds.

And so ended my five minute news digested over coffee and croissant. It all sounded familiar; I could have sworn the topics came up last year. I felt same way I feel when a storm catches me by surprise after a blue, clear, warm day, before I remind myself that, well, it is winter in Malta after all so it’s expected.

Malta, unpredictably predictable. That’s my verdict on the place that I call home.