You are here: Home / Houses of character. You bet! 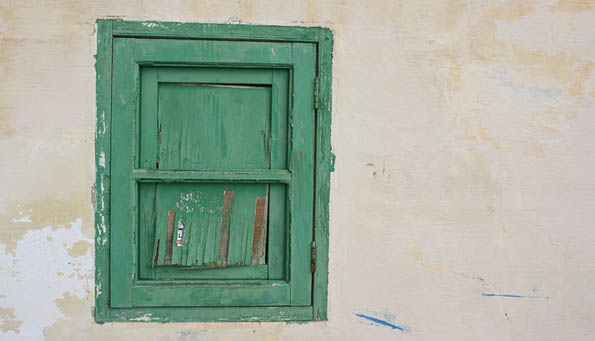 Full of character, but still waiting to be understood.

If you’re thinking of renting a house in Malta, for a holiday or longer stay, you’ll come across the term ‘house of character’. My first reaction to this charming personification that crops up in holiday brochures and estate agents’ descriptions is ‘yes, they certainly are’! My second is ‘but whatever their faults, I love them!’ I’ve 12 years’ experience to fall back on, so I’ve got to know every quirk of my place.

But if you’re new to the concept, what is a ‘typical house of character’ in Malta and Gozo, and in what sense do they have character?

What they are
Well, the pictures you’ll see mostly show honey-coloured old stone houses perhaps with a shock of bright pink bougainvillea over the door or gracing the courtyard, but hopefully not near the pool as it drops brachts (the ‘flowers’) all the time! The limestone will be mellow and roughly hewn, not smoothed and bright white in the sun. You’ll see arches, wooden beams, spiral stairways (internal and outside), terraces, never a straight wall, pregnant (bowed, wrought iron-clad) windows and myriad niches, nooks and crannies. Charm indeed.

Where they are
Houses of character are mostly found in old village cores up the winding alleys. Even though terraced houses in theory, they are often called farmhouses because they feature large, arched rooms that were used as stables or as milling rooms. My neighbour must have one of the few mill rooms in a time warp, with the old mill stones still in place. Occasionally, you’ll find a house of character detached, out in the countryside; though the standalone ones are often partly or entirely newly built from old stone (a trend in Gozo where developers realised there weren’t enough of the right-sized holiday homes to meet demand). The term house of character is somewhat loose as it also covers older town houses with roofed balconies. I don’t tend to think of any 20th century town houses as being ‘of character’.

Living in them…
Their true character shines through when you live in them though. If you are passing through them on a week or two’s holiday, they will charm. But here, we relate the findings of some longer-term residents of character houses. Their experiences are useful to those thinking of moving to Malta and renting one.

Finding the house
Most properties (sale or rental) are listed with more than one real estate agent, so make sure you don’t see the same place twice. Be clear about what you’re looking for and if you are an expat, be prepared for some raised eyebrows. Quote: “Our agent was young Sliema (ie. town) lad and shocked we would consider a character house and the countryside! Most assume expats want to live in penthouse flats.”

Rates you can expect to pay
Rental rates vary widely, and it’s not always a case of you get what you pay for. Be prepared to negotiate on the rental. For a 3- to 4-bed place, with some guest space, outdoor BBQ area and pool/pool deck area, you can find properties ranging from €2,000/m – €6000 (and the upper rate one included a view of the old rubbish dump)! Houses of character can have weird bedroom layouts, with one room accessed only via another (so no landing or corridor). So the concept of ‘bedrooms’ to gauge size is vague. You have to go and see places to really know what’s what and whether they are worth the price.

What to look out for when viewing. Hidden extras to pay? Ease of getting maintenance done?
Some larger places do come with a handyman/caretaker,which is a boon to new arrivals in Malta. Electricity is expensive, so look for other ways of heating and cooking (and cooling in summer – ie. some people almost never use AC). There is a pool licence to pay which can mount up if your pool is large. Pools need maintainance (€40-150/month!), and in the summer if being used a lot, pump needs to run 12+hrs a day – which bumps electricity usage up. If you’ve children, be aware of pool safety. Many pools are in courtyards or open to deck areas.

Location: do check the vicinity
Beware noisy neighbours! Especially dogs on the roof. Constant barking can be mind-blowing. I’ve had a neighbour’s dog bark for 10 hours non-stop, literally. And think about parking in those alleys and village cores.

Costly houses don’t always buy you peace and comfort. The vast place for €6,000pm out in the countryside was swamped with flies (surrounded by stables), stank (because of rubbish dump), and was noisy (dogs and a generator next door), and when the wind blew (most days in Malta), it picked up dust and dumped in pool.

Hunters – I can hear their guns from a village core, so expect more noise at dawn in the bird hunting season if you live in the countryside.

Heat, damp, shade and light
Beware rising damp, or penetrating damp and humidity. It seeps in everywhere in most limestone houses, but can be difficult to contain in old ones with no damp proof course, and with wells in the house or courtyard. Damp is not good for asthmatics. See Heating a Maltese house. Air character houses as much as you can – open wide the windows (and let in dust of course) everyday, winter or summer. Some old houses have rooms with few apertures and little light. Do check some rooms have enough task lighting for comfortable reading.

Outdoor areas need shading in summer. Trees are better than relying solely on canvas. Quote: “If you have a shadeless courtyard pool, in peak daytime hours in July-August you won’t be able to use it!”

Trees also mean deep shade in winter, so any limestone paving outside will inevitably go emerald green and dangerously slippery during the winter rains.

Furnished or unfurnished?
Long-term expats usually move with furniture so just want the kitchen kitted out with oven, hob, dishwasher and perhaps washing machine. These do usually come standard in rental places. But be prepared to face the landlord’s mass of furniture, whether you want it or not. There is no storage facility in Malta (apart from the odd private (damp) garage, so landlords prefer to keep it in the house! Beware expensive breakable antiques and bad taste – sometimes the two go together. Again, negotiate to get it shifted somewhere if you want your own stuff in the house. If you need to store furniture, do be prepared to find it smelly and damp when you dig it out to use. Tip – air, air, air everything from wardrobes to kitchen cupboards, year round.

Travel & Transport from out of town places
Buses do go almost everywhere, eventually, even if on long, winding, rough routes. But expect to drive to get around easily unless you are central or in an urban area. One family moving from London had this to say about their location in the Maltese countryside: “We’ve got a cliff-top view, so it’s very quiet and beautiful, and feels very remote sometimes. Amazingly, the local shop delivers and the school bus comes here, but do check as one person we know in Bingemma said the school bus wouldn’t come her way. If you need them, check their routes before you rent.

Final word
Don’t let the list above dent your desire to live in a house of character. Just realise that they do have character, and so, like people, need getting to know and managing! And, they rarely loose their price, wherever they are located, should you love one so much you want to buy.