You are here: Home / January is for marmalade oranges 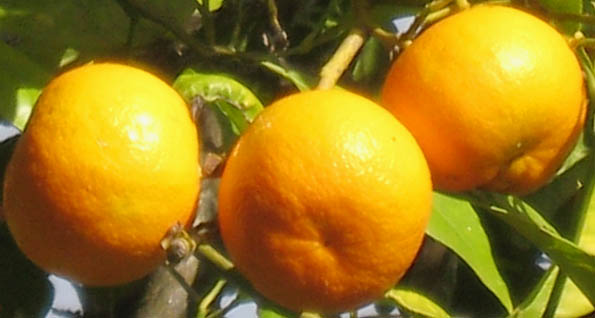 On the tree, then into the marmalade pot! Oranges in Buskett Gardens.

There was always another New Year’s ritual in my household as a child growing up in the UK. No sooner had the Christmas decorations come down on 6th January, than a different feast for the senses would fill the house – the smell of oranges cooking; Seville bitter oranges only being available for a couple of weeks on the local market. It fell to my father to do the marmalade making, which would take him every evening for around a week. An ancient Spong’s slicer was screwed onto the kitchen table and wound away finely slicing pound (not kilo) upon pound of rind.

Little did I know as a child that in later life I’d not only be making marmalade but actually picking the oranges for it! That sure beats food miles. And once you’ve tasted fresh marmalade from tree to pot in a couple of hours, you’ll never want to eat factory-made again.

Today in Malta, the bitter orange isn’t a hot seller. The public-private partnership nursery, Wied Incita, near Attard only sells the sweeter varieties. These, incidentally, are simply the best for juicing, in terms of price – €3 per 4 kilo – taste and volume, that I’ve come across anywhere. If you want to make marmalade, try to find a neighbour with a bitter orange tree or pick for free from some of the village boulevard trees rather than see the fruit go to waste. The bitter variety has a much thicker and heavily dimpled skin.

But until the 14th century or so, the bitter orange was the only sort cultivated in Malta. Orange growing probably arrived here with the Arabs, who also brought their ingenious irrigation system of farming to the Islands. The Maltese word for orange, Laring, derives from the Arabic Persian na¯rang. Portuguese traders brought sweet oranges from India in the 14th century and the Portuguese Knights of the Order or St John no doubt introduced them to Malta.

The humble bitter orange has a rich history then, and a rightful place in Malta, however few and far between its trees are these days. But it does have a special place in the hearts of the islanders, and not just among a few (mostly British expat) mamalade makers I know. Because the bitter orange is the staple ingredient of Kinnie, a much loved and famed soft drink that is sold everywhere the Maltese live in numbers – Australia included!