You are here: Home / You can’t judge a book by its cover 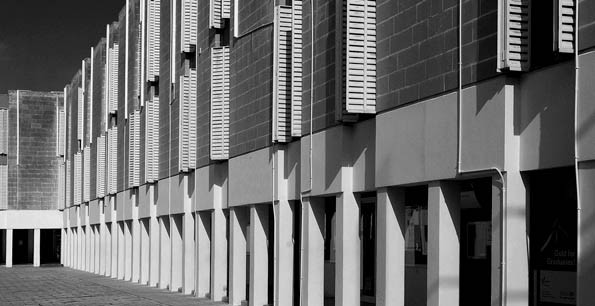 University of Malta: open or closed to exploring the limits of a nation's morality?

On 29th October, the Rector of the University of Malta banned the publication of Ir-Realta’, a student magazine, and reported the editor, as well as the writer of a piece within its covers, to the police.  The ban triggered a national debate about censorship and freedom of expression:  our view was (and remains) that this was yet another side-effect of the smallness of the nation.  On the 4th December, the Rector wrote in a national newspaper to explain his decision and students held protests on the University campus on the same day.

Andrew Galea, a University student and writer, wades into the debate with his personal opinion on the matter.

Isn’t it fair to say that people expressing opinions in public should do so responsibly?  And that they should disseminate their messages having considered their audiences carefully?

So far, these question have been lacking in discussions on the censorship of Alex Vella Gera’s  ‘Li Tkisser Sewwi’, published in the student magazine Ir-Realta’. The debate should not be focusing on the piece’s literary worth – that is purely subjective – but rather on the propriety of publishing so graphic a story in a freely-accessible journal.  It worries me that no one seems to have picked up on this.

There are specific reasons why films are age classified.  And it doesn’t take a background in psychology to appreciate the effect of so vivid and colourful a story as ‘Li Tkisser Sewwi’ on young minds.  This is why such material is legally designated in most countries as unsuitable for dissemination to those below the age of 18.

The argument of the editor of Ir-Realta’, for whom I have a tremendous respect, is that he has ‘never seen a child roaming about university campus’.  I find his argument falls short.  If, by child, he means primary or middle school students, then I too have only seen children in the context of school excursions to the university library, or science week on campus, or being walked from the crèche.  However, he appears to exclude the prospective sixth form students and occasional secondary student, who are usually below the age of 18. Quite apart from this though, I believe that Ir-Realta’ is distributed at Junior College.

However, this is more than an issue of age classification, because, in any case, the appropriate classification for such an article can be disputed; some might say 18, some 16.  The point is more that no effort at all was made to give readers advance warning of the nature of the story in the now infamous Issue 8.

I have read most of Ir-Realta’s publications keenly, enjoying intelligent and thought-provoking articles and opinions. However, I was surprised by the unusual inclusion of a story like this.  It is not something I am accustomed to reading in Ir-Realta’, and not something I would necessarily look to the paper to provide.  Given this, it’s not hard therefore to imagine someone putting it down inadvertently on the kitchen table, not having read the piece in question, and then have a younger sibling pick it up and read it.

Bizarrely, those arguing against the banning by the Rector of Issue 8, have drawn comparisons between their case and the censorship of Unifaun theatre’s production ‘Stitching’, written by Anthony Neilson, as well as the arrest of the person who created and projected weird visuals at a party, and a man arrested for impersonating Jesus at a Nadur carnival.

The parallels fail most prominently because of the reasons for the censorship. In the case of ‘Stitching’, we have a play that was not even properly read by the censors, and was thus banned on ignorant, ridiculous grounds.  With regards to the young man sentenced to six months prison with a fine for his visuals of the Pope and then of a naked woman, as well as the man arrested for impersonating Jesus at a Nadur carnival, we have cases of censorship that are at worst akin to fundamentalism and at best just downright humorless.

I would conclude by saying this to those incensed by the perceived censorship of Ir-Realta’ and everyone else jumping on the whole anti-censorship bandwagon:  your right to freedom of expression is indeed sacred, but so too is the right of others to be warned in advance that some of what you say or do may be offensive.  In short, would it have hurt so much to offer an explanation or an age classification sticker with the story?the unsuspecting public – particularly youths.