You are here: Home / Wild Rucola salad days are here 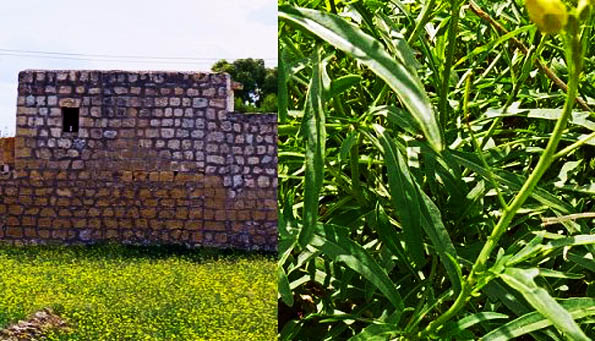 Nature's harvest and a field of gold

Following a few weeks of generous rainfall, the transformation of the Maltese countryside is now almost complete. A carpet of green covers the open ground as memories of the scorching summer fade and cooler temperatures set in.

The Maltese countryside is awakening and over the coming months will be rewarding us with wave after wave of plants which follow each other with clockwork precision. Each plant becomes the dominant species for a predetermined time, until it fades and is replaced by the next in line.

Considering the relative ease with which most Maltese can enjoy the Islands’ countryside, it’s incredible how ignorant we are about the main plant species that dominate our landscape, many of which we disparagingly group under the horrible Maltese phrase, haxix hazin or weeds. Close observation will reward the keener eyes among us with the rich variety of our nature. A Finnish friend of mine finds it amazing that the exotic herbs which he buys in the shops back home grow wild and ignored on Maltese country lanes and even pavements!

One such plants is wild rucola, rendered popular by the world’s love affair with Italian cuisine. Many of us purchase the plant’s leaves, duly imported from Italy, from the supermarkets and are little aware that our countryside is literally teeming with this plant for most of the year from October onwards.

The proper nomenclature of wild rucola is Perennial Wall-Rocket and it is known in Maltese as Gargir isfar. It is an erect mustard-like plant with many branching stems that may exceed half a metre. It grows in clumps on the ground in a variety of habitats and is very commonly found on roadsides and disturbed fields. It has long leaves as described by its Latin name Diplotaxis tenuifolia where the latter term literally translates into “slender leaf”. The foliage of the wild rucola is aromatic when crushed. On top of the branches of the stem are bright yellow flowers with four rounded petals each about one centimetre long.

The leaves of the plant are often are used as an ingredient for salads, although they are considered too strong to be consumed on their own, and are generally tossed with other leaves. It seems to be very well adapted to harsh and poor soils, hence its prevalence all over the Maltese countryside. This species has succulent leaves and is much appreciated in cuisine.

In some areas in Italy, the plant is also cultivated, but it is mostly collected from the wild and sold in small bunches in local markets. The only health warning I have ever encountered with regard to this plant is that it is not to be consumed in large quantities because of a presumably high concentration of nitrates. The most brilliant fact about this plant is that it remains present in the wild between October and the advent of summer, so there is always a fresh supply of its leaves available.

Look for it when you’re walking in the countryside and when you see how much of it there is around, you’ll wonder how you’ve managed to miss it all these years.