You are here: Home / People & Opinion / Why people move to Malta 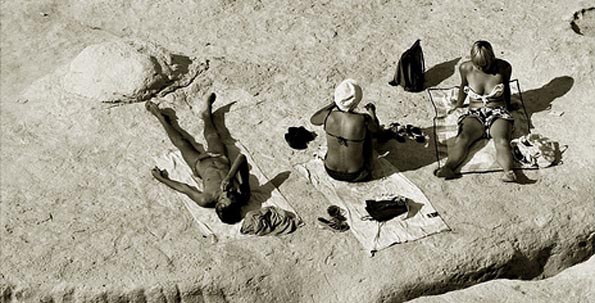 Tourists or the new locals? Hard to tell these days.

It seems to be the most obvious thing for an island that has in its past functioned as a colony and has lived off tourism for the last half century, that people from across the world wash up here. To their surprise, many stay far longer than they intended. However, in the past five years or so, there seems to be a far greater influx of people who are choosing to move here for work and play. EU statistics out earlier this month showed that Malta’s population rise in the past year was mainly attributable to migrants (of various kinds).

We’re now 414,000 people in all. So, we’ve taken a stab at an anthropological view of the new Malta tribes, in no particular order:

1. Returned Maltese migrants. Nothing new in this. The Maltese have been emigrating since the 1950s, and some trickle back when they hit their silver years. The older ones tend to be the most patriotic. Someone in category 6 below once told me: ‘You guys always seem to have a quiet alarm bell, when you are living away from Malta. It’s mumbling ‘Go back home.’ It just gets louder the older one gets’. This is changing, of course, as many Maltese now choose to go and live in EU member states.

2. Online gaming company executives. Malta saw a niche in the online gaming sector a few years ago and set up EU-endorsed legislation that enables online gaming companies to operate from this country on a pan-European basis. This has led to a veritable influx of senior and middle-management types – mainly Brits and Swedes – that took up residence in Malta without much knowledge of what was waiting for them. Many tend to congregate around Portomaso until they find their feet. Some are more intrepid though and are braving old farmhouses in village cores, probably seeing their stay as an adventure/or kind of extended holiday.

3. Tax-mitigators. People with access to bright accountants looking for a more tax-efficient way of protecting their earnings, levering on Malta’s double taxation agreements with several countries. If you’re a lone professional, you can elect to get your world-wide income taxed here if that income is generated elsewhere, and you choose to be resident in Malta.

4. Heritage lovers. What you get in Malta is world-class heritage, from pre-history to British colonial rule. We’ve found a few museum and arty luvvie types that fell for what they saw and stayed.

5. Divers. They live to dive so the move is for pure quality of diving life. They boast to friends back in their homelands that diving is just 15 minutes from their work place. We still think that Malta has some of the best diving around. Sailors too have moved here for similar sport-lifestyle reasons.

6. Consultants to Government. Not as significant in numbers as the days when Malta was preparing to join the EU, but you still meet a fair few people who are working on making the public sector and various government agencies more efficient.

7. Senior Telecoms executives. Now the three main telecoms companies are all in foreign hands, senior people have moved in.

8. Bankers. Same as 7 above, except that one Maltese bank lingers on.

9. Hotel & Catering staff. The five-star hotels ship them in to run the show, speak to customers in their native language. Always seem to be uncannily sun-tanned. One popular beach bar is manned entirely by foreign staff.

10. Footballers. Yes, we’re devoid of success in international football, but that hasn’t stopped the local teams from scouting for cheap talent – often finding footballers way past their prime and who might fit into some of the other categories here.

12. Timeshare touts. Mainly British, London boys or ‘from somewhere up north.’ You can spot them a mile away because they look friendly at 8.30 in the morning and give chase when some innocent old dears decide to have a leisurely walk before the heat sets in.

13. Dancers and ‘entertainers’. Usually permanently based in Paceville, but with some spillage in Bugibba and Qawra. Often from Eastern Europe.
‘
14. British and German retirees. They come for the sea and that flat in Bugibba or a farmhouse in Gharb, Gozo.

15. Love birds. Again, a fairly universal tribe who pack up on impulse to join their better half. They either go native and get crinkly skin or miss everything cosmopolitan, orderly and green, and start planning an exit route soon after their arrival. May take a lifetime to actually crystallise their departure. Married life, kids at schools and so on makes their departure almost impossible. They are nostalgic for life back home, but would never really return there.

16. Quality of lifers. Made up of several subgroups including dreamers and people fed up of Northern climates, commuting, the rat race, high house prices and various other ‘modern life is rubbish’ gripes. Can also cross-over to various tribes in this list. Can be of any age group.

17. Refugees and ‘illegal’ migrants. Their arrival has become one of the most most divisive topics on the island, but was inevitable once Malta joined the EU. Sadly, their plight tends to bring out the worst in a lot of people, and the best in a mere handful.

PLEASE NOTE THAT COMMENTS ON THIS POST ARE NOW CLOSED