You are here: Home / All hail Bonnie ‘Prince’ Billy! 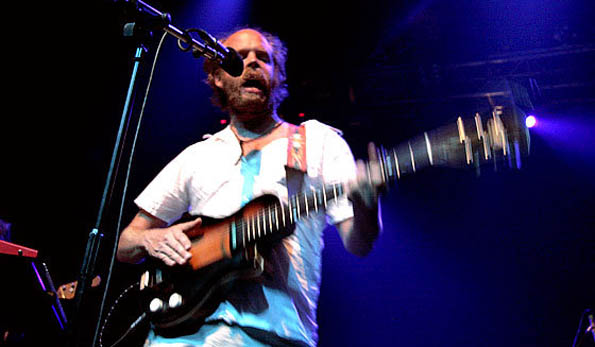 On Saturday 8th August 2009, the cult American singer-songwriter Bonnie ‘Prince’ Billy is performing at the Garden of Rest, Floriana. Organised by Stagedive Promotions and Kinemastik NGO, this is a rare opportunity for Malta to experience this elusive, much-revered artist in an intimate setting, along with a three-piece band which also includes Emmett Kelly on guitar and vocals and Cheyenne Mize on fiddle and vocals.

Bonnie ‘Prince’ Billy (real name Will Oldham) is one the great mavericks and mystery figures of the American music scene. Having recorded under four different monikers, he is renowned for his love of performing and his prolific songwriting, having released three albums in 2008 alone.

Music publication MOJO refers to Oldham as one of the most distinctive and fascinating musical talents to emerge in the last 15 years. And, despite his determination not to become too popular, he has achieved the status of a great modern American songwriter and performer, even bearing comparison to Bob Dylan.

Public tributes from the likes of Johnny Cash, Polly Jean Harvey, Marianne Faithful and Bjork have all conspired against his reluctance to become a music personality. Though his music defies definition, it may loosely be described as alternative country. Although music biographers have run the gamut from album to album in an attempt to pigeon-hole his work, he remains a haunting, unorthodox performer who has been praised by critics and audiences worldwide.

The supporting band on the night will be Bark Bark Disco, whose sound lies somewhere between a Broadway musical sing-along and an Atari computer. Bark Bark Disco are a ‘bedroom pop’ band from Malta & Berlin, with members Morris Woodcock & Charlotte among others. The band has a simplistic low-fi electro sound which makes the pop songs even more upbeat. So, if it’s simple love songs that you’re into, Bark Bark Disco are a band to listen to.

Last but not least: click here for a Bonnie ‘Prince’ Billy Compilation for your listening pleasure!

The concert is suported by Malta Today, Radio 101, Becks and Bacardi.

View Garden of Rest, Floriana in a larger map