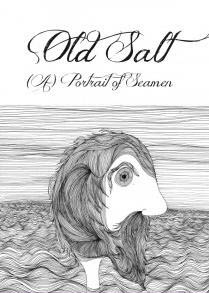 Old Salt completes a trilogy of sea-inspired works from the rubberbodies collective, a multi-talented and multi-disciplinary group of creatives. rubberbodies has wooed audiences over the past couple of years with haunting tales drawing on the mysteries of Malta’s maritime history. Meticulously researched and lavishly staged after months of intense work on original scripts, props, costumes and music, rubberbodies’ Old Salt, the collective’s first open-air project, is set to be a highlight of this year’s Malta Arts Festival, which commissioned the work.

The collective is transforming a platform in the central part of the Vittoriosa port into an outdoor theatre with the Grand Harbour becoming the backdrop of the performance.

What about the challenges in putting this site-specific work? Jimmy Grima, one of the performers and Artistic Director in the Collective, says that while the work is not site-specific, the tales, characters, plots and stories could have come from the site. “The work is happening outside because we felt the need to be as close as possible to the sea and the site where most of our history event happened. With Old Salt, we have the biggest theatre ever with the greatest backdrop we have ever had; the port is for sure one of our main actors in the piece,”Jimmy explains.

How to get there? See the Google Map

The theatre performance is an original piece of creative material produced by the collective inspired from the research based on historical events and captains and corsairs of the 18th century. This is the collective’s third performance about the sea, following White Sea (2011) presented at St James Cavalier and Lore of the Sea (2011) performed at Malta Maritime Museum.

What, we wonder, enthralled and surprised the Collective as they unearthed the stories to retell in Old Salt? Usually, history of commonfolk, especially that retold from women’s perspectives is hard to come by. Jimmy Grima, gave us this reply:

“The historical encounters that our island has is very rich as one knows. Liam Guaci, curator of the Malta Maritime Museum, has been one of our strongest collaborators ever since we started to touch maritime topics and he conducted the research. As you pointed out, all the historical facts we found were directly related to men and this is one of the main reasons why we decided to take it from the female perpsective. The tale we created is a universal one and it is a direct response to the lack of female presence in such history.” 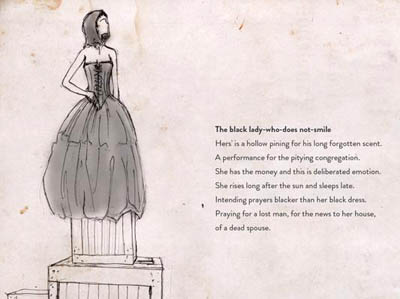 Most people will tell you about the treacherous lives of Mediterranean corsairs and their life-long adventures. But what of the women they left behind? The performance presents four women each carrying a story about their love and their life. As they wait by the shore, relationships develop and their secrets are shared. The reality unfolds into a surreal universe and the four women encounter creatures that emerge from the sea.

Tales are recounted through masks, illustrations, moving creatures and musical themes emerging from the shipwreck which stands on land holding the classical sounds of string instruments.

The team working on the project comprises mainly Maltese artists. However, international collaboration is to fore:  in the five-strong acting troupe, there’s a Mexican and a Ukrainian; three of the musicians come from Italy, Slovenia and Austria; and one of the visual artists, who is also a core member of the collective, is from the UK.

The night before the premiere, the collective is collaborating with the Birgu Local Council. Some 250 free tickets will be given to the Birgu community as an appreciation from the project team and in recognition of the city’s maritime legacy on which Old Salt is based.