You are here: Home / Your Stay / ‘The King’s Speech’ in Malta 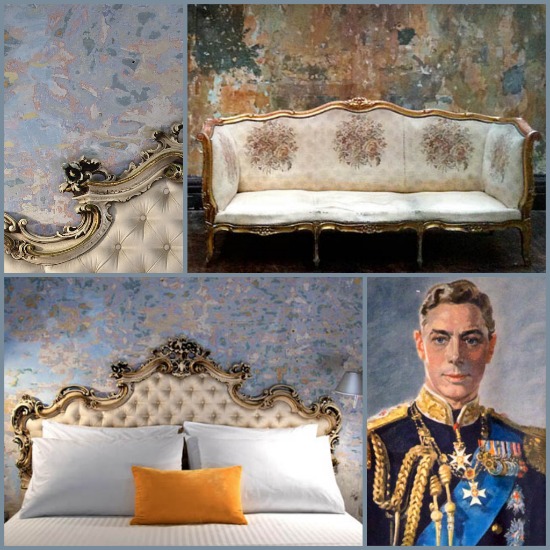 Fit for a king - concept luxury stays in an old Valletta house.

What have the Oscar-winning film and Valletta, Malta’s capital got in common? A wall. A wall of distressed plaster bearing the scars of the fads and fashion in paint colours of decades past. You saw it first in the somewhat run-down, Harley Street basement practice of King George VI’s speech therapist, Lionel, played by Geoffrey Rush. Now, you can get to see its Doppelgänger in a setting far removed: a designer-renovated house that’s a fascinating place to stay in Valletta.

It’s in St Lucy Street, and it’s the kind of place that’s making Valletta quite a sexy, insider destination. A Maltese house – historic, slightly worn at the edges, a little bit of the old mixed with the new. Distressed original walls preserved for their beauty are combined with sumptuous fabrics and contemporary, designer furniture and lamps. Located, with ironic juxtaposition, in the old quarter of the town, where the windows and balconies are festooned with the day’s washing, hanging out like street decorations ready for a parade.

This Valletta house, with its peeling paint is reminiscent of the faded charm of Lionel’s room. What also strikes a chord with the film set is the main bedroom’s ornate Venetian headboard upholstered in silk which stands in similar dramatic contrast to the raw walls as the film’s elegant, gilt settee.

These is more to this Malta connection with George VI than the similarity between a film set and these walls though. George VI awarded the Maltese Islands the George Cross in April 1942; Britain’s highest civil decoration (now on display down the road in Valletta at the National War Museum, Fort St Elmo). A sister house, also a marvel of renovation and luxury, has a picture of King George VI in pride of place.

Now open for business as Lucia Nova, one of Valletta Suites deluxe hideaways in the capital.