Malta loves its agricultural, folkloristic fairs these days. Hardly a weekend goes by without some product or other centre stage in one of the villages. We’ve had bread, pumpkins, pork and milk in quick succession in past months. But tops has to be the Mgarr Strawberry Festival (‘Festa Frawli’) for sheer colour, crowds and now this year, cupcakes. 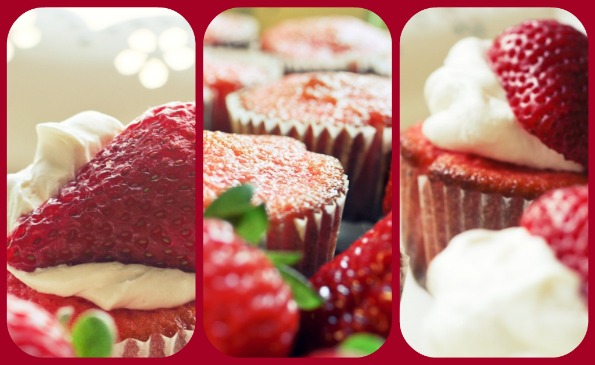 These are going to be hard to beat: Mgarr Strawberry Festival 2011 has a cupcake competition

The festival, which takes place this Sunday, 10th April, is in its 5th year and draws what seems like half the islands to feast on tonnes of our most beloved red fruit. Literally tonnes: last, so the Festa’s website states, eight tonnes of fresh strawberries were sold and a further tonne was used in the making of the myriad of products in the stalls. The highlights include a record-breaking sized strawberry gateau and the cupcake competition. Competition will be stiff judging by the test bake photographed above!

True to agricultural fair norms, there’ll be traditional music (‘The Jacksons’ bag pipe band has played in past years) and plenty of plant, olive oil, wine and other stalls. The entire programme is on the Festa’s website, where we see a note, thankfully, that a park and ride is on offer this year. We were stuck in a 4km traffic queue a year or so back getting there. Do go early though to get the pick of the crop on sale.