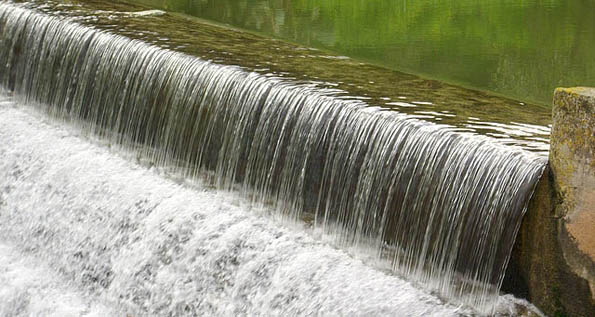 “We rank a miserable No. 172 of 180 countries in the UN’s latest study of water resources. Even the countries bordering the Sahara have more water per capita than we do!” says Astrid Vella of one of Malta’s most vociferous heritage and environmental NGOs,Flimkien għal Ambjent Aħjar (FAA). On 5th April, FAA is organising a public lecture with two leading water management figures to discuss Malta’s ‘silent crisis’ – its looming and certain dire water shortage. “What’s incredible”, says Astrid, “is how we’ve chosen to ignore all the past methods of water conservation which served us so well for centuries. A determined effort is now needed to make up for lost time.” If you can, do attend the evening lecture. The more minds get around this issue, the better for all in Malta. Here’s FAA’s snapshot of what it’s about….

Nothing is forever and this was never truer than in the case of Malta’s most precious commodity, its fast-diminishing water supply. If Mdina is Malta’s silent city then water could be described as its silent crisis – one which is looming ever closer.

Fortunately, forewarned is forearmed; with this in mind the heritage and environment group, Flimkien għal Ambjent Aħjar (FAA) has invited Ing Marco Cremona and Dr. Gordon Knox, leading experts in the field of water management, to give a public lecture on the challenges ahead. Committed to raising public awareness Ing Cremona and Dr. Knox are both founder members of the Malta Water Group, which was launched on World Water Day to raise awareness on local water issues as well as on the fact that we are we are heading for a crisis if nothing changes.

Dr. Knox, an Applied Geologist, who takes a voluntary interest in natural resources, will deliver a talk on the issue of water resources from a global, as well as a Maltese perspective, and will focus on the consequences of not addressing these issues.

Ing Cremona is a Mechanical Engineer specialising in hydrology who has recently been entrusted with the preparation of Malta’s water strategies as part of the National Climate Change Adaption Committee. He will consider some of the positive steps that can be taken to address the problem and will talk about some of the processes that he has devised, many of which have already received international recognition. “Malta is still not using its natural resources properly,” Marco says. ” We are over-extracting our aquifiers by around 50 per cent over their sustainable levels. We need to urgently address the situation otherwise we risk losing the free supply of 23 million of cubic metres of water a year in fifteen to twenty years’ time. That’s the equivalent of 126,000 water roof-tanks a day.”

The lecture will offer the opportunity to hear about some of the latest water conservation measures and get the facts on the water shortage in Malta. The joint presentation is expected to last approximately an hour and will be followed by an opportunity for questions.

The talk is to be held on Tuesday 5th April 2011 at the newly-restored premises of Obelisk Antiques at Villa Druscilla, Mdina Road, Attard, and will be followed on Saturday 9th April by a visit to the Tal-Papa Farm, B’bugia, which has unique system of water catchment, making it one of the few farms in Malta which is self-sufficient for water all the year round. Those wishing to participate at either of these events are requested to book at bookings@faa.org.mt or phone 99258519.