You are here: Home / Climate & Geography / Malta from Space: a perspective

We chanced upon this amazing and humbling photo taken from space (see below).

Southern Italy, so recognisable, the tricorn of Sicily at its toe and then a little strip that’s Malta and beyond the coast of North Africa with Libya quite clear. It’s taken by NASA astronaut Douglas Wheelock who is currently aboard the International Space Station and is sharing pictures he snaps of Earth through Twitter. Known to his nearly 97,000 Twitter followers as Astro_Wheels, Wheelock has been posting impressive photos of the Earth from space and some of his thoughts ever since he moved into the space station in June 2010, five months after it got Internet access. One of his earliest pictures was of Valletta.

What strikes us about this photo is how it puts our nearness to North Africa into perspective; something particularly poignant at this critical juncture in our southern neighbours’ futures. With Libya at in our minds for well over a month now, this photo makes it clear how our future always was and now certainly is tied to what goes on to our South. So near, yet so far, was how Malta viewed North Africa.

But with Tornados, Mirages and Rafaele jets crossing this stretch almost nightly in mere minutes, we can grasp how interconnected we are in the Mediterranean; a sea that draws us all in, bringing out the things we have in common, not separating us. It’s time to read the work of Fernand Braudel, French historian and philosopher of the C20th again and remember that the region was the cradle of a lot Western civilisation’s tools from writing to agriculture. How history will judge what is being shared today across the Med, we can’t predict. 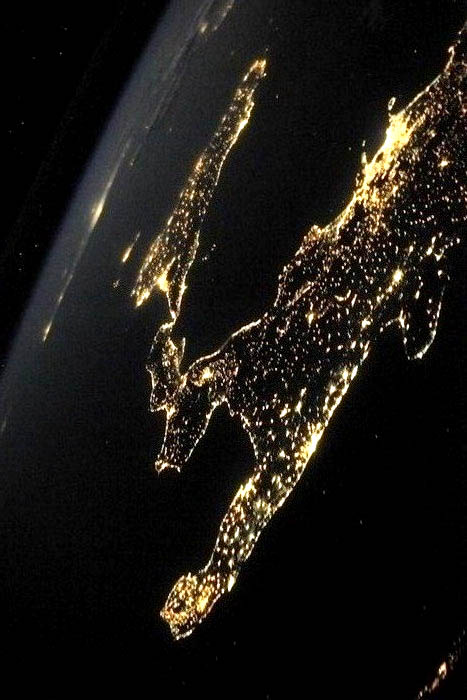 So near and so far: Malta a dot from space