You are here: Home / Food & Drink / Easter’s not Easter without ‘World Figolli Day’

Down under, the tradition of Maltese Easter figolla making is getting a boost. Maltese-descent Australian, Nanette Johnson, aka Ms Gourmet of foodie blog gourmetworrier fame, came up a couple of years back with what she called then ”a hair brain idea to host a World Figolli Day’. Well, following its resounding success, and its ability to capture the imagination of folk Maltese and non Maltese, it’s proved to be less hair-brained and is now a regular calendar event – to mark Easter by both ‘down under’ and here in Malta.

The ‘day’ is a virtual hang-out, if you like, of figolli makers worldwide. Nanette tells us to ‘turn off our iPhones and shut down our MacBooks [wishful thinking!] and then head into the kitchen with our kids, nieces, nephews, nannas and nannus and have a bonding session with some dough and hopefully pass on a few Maltese culinary traditions while we’re at it.’  If you do get baking, be sure to take photos and/or videos and post your figolli photos to the World Figolli Day © flickr group. Your glorious creations will then be pinned to the World Figolli Day © pinterest board.

More details are here on World Figolli Day on Facebook. Here’s Nanette’s Figolli recipe, if you don’t have your own family favourite. The Flickr group is here. We’ll add the Pinterest link soon. 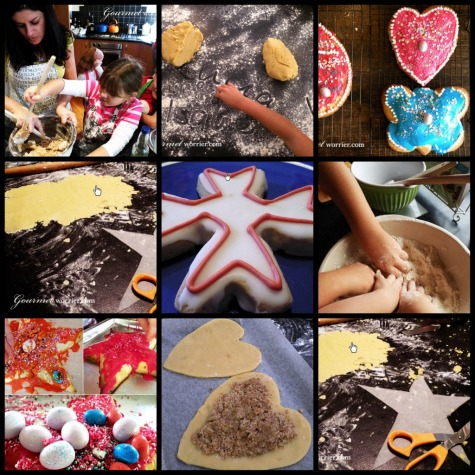 So what do you think, do you want to help bring figolli back in vogue and get the family elbow deep in dough! Nothing too strenuous is involved remember, just some flour, eggs, sugar and almonds and hopefully a whole lot of fun.