You are here: Home / People & Opinion / Being strategic 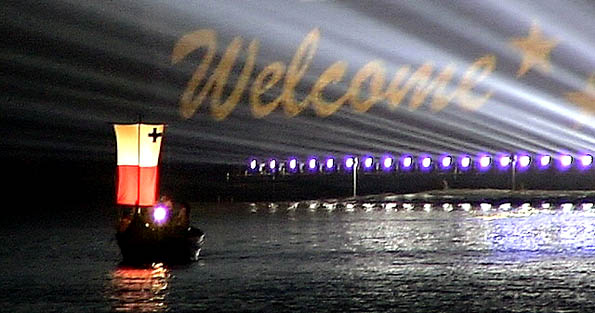 When we’re away from Malta we all know how to nail the coordinates of the nation – particularly if the audience is from the other side of the Atlantic:

“Malta is the centre of the Mediterranean. Southern-most tip of Europe. Pretty much the centre of the planet. An island fortress ruled, colonised and fought over by various powers over the centuries. We’ve been occupied in turn by the Phoenicians (800-218 B.C., for the latter 250 years of this era by the Phoenician principle North African Colony, Carthage), the Romans (218 B.C.) and subsequently by the Arabs, the Normans and the Spaniards, the French and the British. We have the oldest standing monuments in the world. We’ve survived earthquakes, famine, blockades and at least two great sieges – the last of which left us with bombed opera houses and the George Cross. You probably owe your freedom today to our fathers and grandfathers.”

We’ve all grown up with a feeling of strategic importance. For the past several years this was probably overstated. ‘Strategic’ became Euro-Med conferences that went nowhere; ‘lobbying’ the EU on insular / national ‘cultural issues’ (hunting, religion); and finding ourselves too close to the African mainland, and within eyesight of boatloads of desperate people in search of a better life on the Continent. Being small is something we all have had to manage. Sometimes, being strategic seemed about to morph into economic salvation: think Smart City, the state of the art ICT gateway to Europe, North Africa and the Middle East and the promise of 5,600 jobs (before the international financial sector went into meltdown and dampened the optimism). For a while, it seems our sense of strategic has been limited to trying to figure out how to get people to vote for us in the Eurovision song contest when we cannot actively lobby border neighbours.

And then there was revolution, butchery and Libya. And suddenly we find ourselves catapulted into a thorny chapter of history in the making. Two Mirage jets plummet from the sky. The scenes at Grand Harbour make some pine for the ‘nurse of the Mediterranean.’ Politicians waver, act statesman-like, have conversations with thugs behind closed doors. A former prime minister offers to return two jet planes and our EU commissioner momentarily forgets he’s not a Libya business consultant any more.

We now sometimes appear as a dot on BBC maps of Libyan conflict zones. There are well-meaning emails from geographically-challenged people from far-flung places. Our imagined special relationship with Libya is over. Only a while ago, some thought we could actually profit from the misery of others: now we’re worried about the impact on the economy. Summer may be about boat loads fleeing whoever has the fist of power in Libya.

And then the penny drops. Being strategic has nothing to do with us. It never did. It has everything to do with how we are perceived by others. We may think we are important, neutral, power-brokers, fortress-cum-safe harbour in the heart of the Mediterranean. But in this particular crisis, as in many others in our turbulent history, our destiny is not really in our hands. We remain a dot subject to ‘world events’.

When you get to our ‘recent’ history, much of it is about an insular struggle for nationhood and identity. The crisis in Libya has come early in our nation’s post-colonial history and it will see the country having to take decisions that point us clearly in a single direction. Our middle sea – middle ground approach based on geography may no longer be valid. We’ve nailed our mast to the European Union, have neutrality enshrined in the Constitution and hanker after that notion of a special relationship with Libya. This is a tripartite strategy that requires a great maturity to handle.

Whatever Libya may be when the killing stops, it’s clear that Malta’s political destiny will be changed irrevocably too.