You are here: Home / People & Opinion / Malta’s got Talent – our Eurovision hopefuls

Sixteen hopefuls accompanied by bands, backing singers and various other bodies on stage – all prancing, pulsing and posing – have got through round 1 of Malta’s Eurovision song contest in readiness for tonight’s grande finale. Quite why we can’t select a finalist in one night rather than eke the local contest out over two (painful) nights, I’m not sure. Advertising spots perhaps? Around half the nation is probably beaming in to TVM on the two nights, so ad rates must be at a premium. 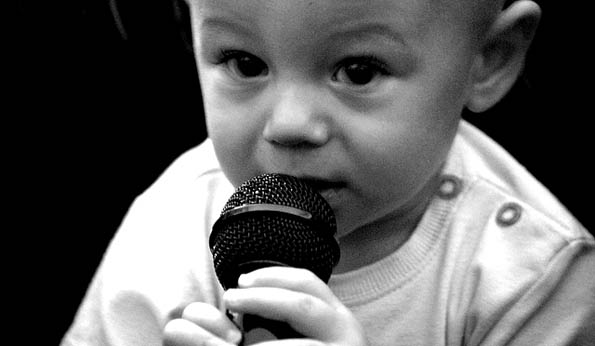 It's never too early. The next generation of Eurovision talent

Then, there’s the merriment we can all have criticising the acts.

I wasn’t intending to watch the contest, but being online at the time, I found myself swept up in the social media commentary on it. Facebook and Twitter were abuzz last night with some poignant observations on the singing, costumes, hair, dance and more. Most comments doing the rounds on social media are unrepeatable here. I did come across one that suggested a certain songstress resembled a blow-up doll.

At this point, I had to switch on TVM to cross reference the comments to the acts. I switched on to catch a male singer trying his best, but as is always the case with Eurovision, my attention focused more on the dancers sweeping around him – they appeared to be wearing red plastic welding masks. Most female singers, whether rock chicks, ballad crooners or pop starlets, were popping out of their costumes. Perhaps we’re judging a different kind of talent here, I thought? The best of the night, dress aside, was Malta’s finalist last year, Thea Garret, who filled in the gap while the voting took place.

Hilarity and cheap jibes aside, Malta’s home-grown Eurovision is a wonderful vignette of island life. Within a couple of degrees of separation, probably most of us here know one or more of the singers quite well. They’re from our town or village, went to school with our kids etc etc. A past Eurovision entrant for Malta teaches at my son’s school. We’re enthralled to think the boy or girl literally next door is there on stage: ‘didn’t s/he do well?’ we say, about their success. It’s the village hall writ large. So much more hyperlocal affair than in our larger Euro neighbours. And so much more enjoyable for it. We love it, but hate to admit we do.

And when we find out tonight who will represent Malta in Germany in May, whichever act, whatever our personal preferences, we’ll be rooting for them on the international stage. Embarrassed? No – just look at Europe’s other hopefuls and you’ll see ours fit the genre to a T.

Take a look at the talent here (thanks Mark for the photo captions!).