There is something very charming about the current, slightly shambolic version of the Malta Aviation Museum. “Very real,” said my eight-year old. It’s in hangars – some old, one new – on the old wartime Ta’ Qali airfield which immediately gives the museum a sense of purpose and its place in preserving an intense slice of Malta’s, as well as British military, history.

This is hands-on stuff. You get to touch the aircraft, your child gets to sit in the cockpit of a Fiat G.91R/1B. It takes you back to your own childhood. It’s a boy’s own world, of Airfix models and glue and paint – except here you get glimpses of grown men working on some engine part or lugging some engine oil. It’s like being in a Bob the Builder set, with people fixing things that once were gleaming and cutting edge, and now lie silent, waiting for restoration and love by a new generation. The staff are all volunteers. Pleasant, polite, in an old-fashioned way. 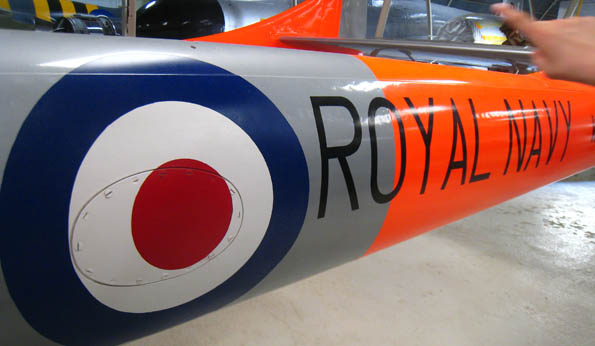 It's an up close and personal visitor experience here

It’s a hotchpotch of aircraft, engines, models and memorabilia. In the old showcases are real artefacts, black and white pictures of an age when air travel was truly something to make the heart beat. Stories of wartime British aces with double-barrelled names, based at Hal Far or Ta’ Qali, who shot German planes and then faded into thin air.

The short film gives you a real feel for Malta’s wartime history. And how it suffered waves of air-raids from German and Italian planes. My son loved the fact the planes he saw in the old film footage were just next to him.

Even the cafeteria is in an Anderson shelter.

You sense that there is a bright future round the corner for the museum which is run as an NGO. It received EU funding for a new main exhibition hangar. So far, its volunteers have done miracles, including rebuilding the Spitfire and Hawker Hurricane from dire states of repair. The Hurricane was pulled from the seabed off Wied iz-Zurrieq in 1995.

Visit it, support it, and remind yourself that Malta received the heaviest payload of bombs in the shortest time of any place in World War II.