This is a photo story inspired by Leslie Vella’s perfect capture of this watercourse with its flash-flood waterfall of autumn. This was after a violent storm raged all night one October.

To an outsider, the scene may look like it’s springtime. And of course it is – Malta’s autumn rains see what we call our second spring, with its flurry of plant growth and flower blossoming, and people sneezing as pollen and spores get released. 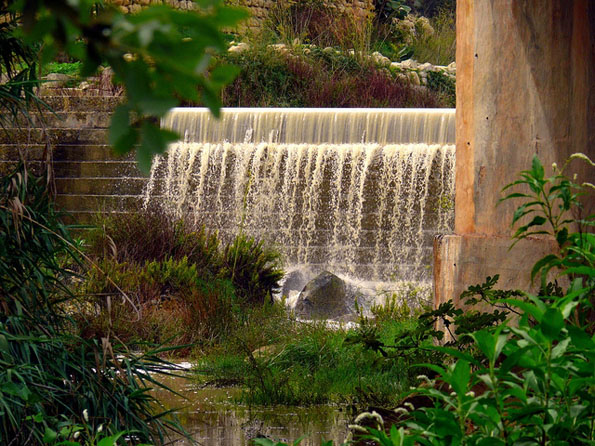 Water, water everywhere but how much can we drink?

I never fail to be amazed each year that within a mere two weeks or so, the Islands’ countryside turns from parched, arid wasteland into a lush pastoral scene. You feel you can almost see the plants growing, rather like in those still life films on speed.

From now to Christmas, Malta is for me at its best. But as to the waterfall water that looks so fresh and inviting…well, we might be wise to dwell on some of Malta’s water issues – nitrates in our borehole water and the costs of water production by reverse osmosis and our overall dwindling resources. See the post by water engineer, Marco Cremona for info on water bills, tariffs, production and waste.