Much is made of the colours of Malta, but when it comes to politics, only two really matter – the blue of the Partit Nazzjonalista (PN) and the red of the Partit Laburista (PL). The PN has been in power since 1987, with a break of 22 months between 1996 and 1998. And the media reflects this polarisation, with the political parties with their arsenal of print, TV, radio and Internet broadcasting channels preaching to their converted. The conservative Times of Malta has migrated its powerful print brand seamlessly online, with the support of a new bandwagon of online ‘citizen commentators’ – a veritable reincarnation of the village pjazza. And Malta Today and The Malta Independent are left to battle it out for the ‘independent voice’ that, inevitably, depends much on the support of advertising revenues to survive in a micro-market. 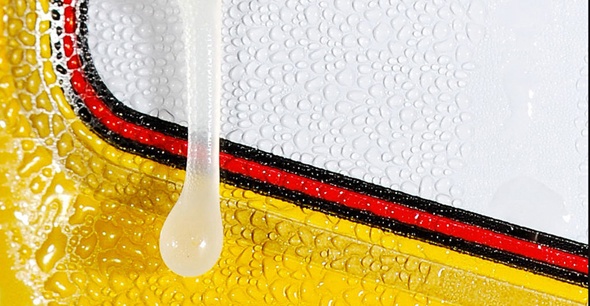 Crossing the line: the drop that's transparent and knows no colour

Excuse the overly academic references here, but I feel the paragraphs below that I draw from Carmen Sammut’s excellent Media and Maltese Society (2007, p.37) capture some of the zeitgeist of the media and so-called ‘free-thinking’ in this country.

“Since debate is dominated by the bi-partisan agenda, discourses that are framed outside this realm are cynically viewed and so journalists have difficulties asserting their independence. There seems to be little room outside the parameters of affiliated quarters. Technocrats, professionals and intellectuals are not perceived to be able to exist separately from (political) parties. It is not deemed possible for individuals to place national interests before party affiliation, wrote Pirotta (1997), who suggested that as a result individuals often find it more beneficial to take sides. Similarly, Baldacchino noted that whoever declines to adopt a political profile has less “social credit facilities” (Baldacchino & Scicluna, 1994, p.7).

So, while the Maltese, under political and religious influences, are highly opinionated, there is a scarcity of open critical thinking and analyses that challenge the duopoly in public, even if people are highly critical at a personal level. With few exceptions, the mass media tend to reflect this state of affairs. Journalists find it hard to quote critical non-partisan sources and experts. “Very few intellectuals stand up to be counted… We pay lip service to ‘civil society’ when there is widespread apathy.” (Editor, Malta Today, personal communication 2006).”

Yet, here we are, at the tail end of 2010, in the middle of a debate on divorce that has seen members of the two main parties and Alternattiva Demokratika participate in a strategic committee for a ‘yes vote’ for a private member’s Divorce Bill. The Church, the third powerful hegemonic force, together with the political parties and the media, is facing online cross-fire from citizens requesting an end to theocracy when it comes to what many perceive to be a ‘civil right.’

And in just over two years’ time, citizens will be asked to go out and vote – when it is increasingly easier for them, with the help of technologies like blogs and social networks, to raise their voices, publish, network and influence the public sphere without necessarily trying to beg for attention from the traditional gate-keepers of public opinion operating TV, print and radio.

Let me frame this in a different way. We still operate in a system where not being visibly affiliated with one of the two parties is tantamount to being an ‘opportunist’ – someone who cannot be trusted. A ‘laghaqi’. And yet, it is these same silent ‘opportunists’ – the so-called ‘floating voters’ – who have their say once every five years, and decide who to elect in Government. It is as if their existence is only acknowledged once, every five years. And after they have done their duty, they are expected to fade back to the background of their middle-class jobs and invisible lives and leave the public space for the polarised majority – to negotiate for the scraps of social capital and the right to influence their political masters.

I sense that something may be changing. In the same way many of us and our children have switched off TV and watch what we want online and chat to friends on the other side of the world on a regular basis. We publish what we want to say on sites like this. We are starting to choose how we want our lives to be mediated.

Perhaps, we may be slowly reaching a stage in our history when we can finally stop having to take sides for life, and having to embrace life-long systems of patronage and powerful intermediaries to help navigate our lives.

Perhaps, we are starting to grow up. Perhaps.