You are here: Home / Home thoughts, or truths, from abroad 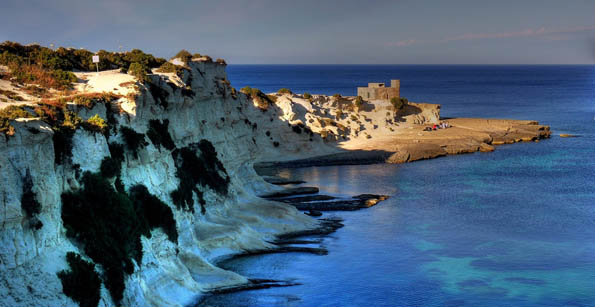 The White Cliffs of Malta...a symbol of home? Barren and no bluebirds here, so perhaps

I love Malta, my homeland. Yet I often find myself critical of it. Maybe because I feel that my country’s small size means it has the potential to be an environmental showcase. Maybe too because I feel we are such a nation of procrastinators, that we are quite happy to let things degenerate and then spend time finger pointing.

A friend of mine once told me that Malta was a great country to come up with world changing ideas – the UN Law of the sea, for one. Yet if Malta were to be trusted to implement and coordinate these ideas they would likely die on the drawing board.

The fact that we were one of the last countries to ratify that charter, which included the creation of marine protected areas (MPA), which we still dream about, and the statement that the sea is the common heritage of all mankind, may bare testimony to my friend’s opinion.

So here I am again in Bavaria as I write. This time in resplendent, verdant summer and amazed to see it’s even greener than it was in winter.

Being here always makes me feel sad for my country, and not solely because I miss Malta, but because I look at the environmental policies here and feel humbled by them, their scope and aims. I am a son of Malta, a culturally rich country, with a unique natural environment with some 300 endemic plant species, many of which, incidentally, are under threat of extinction. But I worry about Malta as a country that has absolutely no idea how to manage nor what to do with its rich heritage.

One of the things that strikes me here in Bavaria is that in most urban developments, they consider green living areas. Gardens or trees are everywhere; children are actually playing in green areas, among trees and not on tarmac or concrete.

Blocks of apartments are put up in really fast time, AFTER consultation with ALL the neighbours and adhere to some form of aesthetic standards. Where we would build on the entire footprint, here they sacrifice some of the space to ensure the block of flats has some form of garden or green area.

I see constant reminders of the fact that it is legislative requirement for built areas to contain a certain amount of green space and also for planners to create a certain number of children’s playgrounds for a given number of apartments built.

Recently, I have noticed that many of the flat roofs have actually soft landscaped gardening. Looking from the 5th floor of the hospital where I visited a friend, I noticed that all the flat space on the roof is green with wild grass and flowering plants.

In fact, not too different from the weeds and plants our councils and government are so keen to eradicate along many of our roads and country lanes .

I started to visualise how fantastic Malta would look if our flat roofs became soft landscaped gardens, (soft as opposed to potted plants), and think about the environmentally-friendly insulation these would give us during our hot or cold seasons.

The hospital here too is an oasis of green with trees, grass and flowers everywhere. Here too I cannot but help imagine how we ended up with a bleak and barren landscaped hospital which houses the very people who may need to have spirits lifted by a pleasant environment but who are greeted instead by tarmac, concrete and rocks.

Only a couple of hundred meters away we have the Wied Gollieqa conservation area in the valley between San Gwann and the hospital. But instead of trying to at least blend to some extent the landscaping of the hospital area with its adjacent nature we go way off in the opposite direction and build a modern hospital without any natural environmental considerations. These environmental considerations include not only the lack of greenery but also its planning without consideration of renewable energy.

Often when articles like this appear in our papers we read vitriolic and intolerant statements such as “if you don’t like it then leave”, or “don’t visit Malta”. Or one is accused of being “unpatriotic”

Well, the fact is that I am Maltese and live in the country. The fact that I criticise my homeland does not make me less patriotic. My criticism comes from a love of it and the knowledge that we can be better and should aspire to all those high-minded, but often simply implemented ideals that can change the environmental face of my homeland.