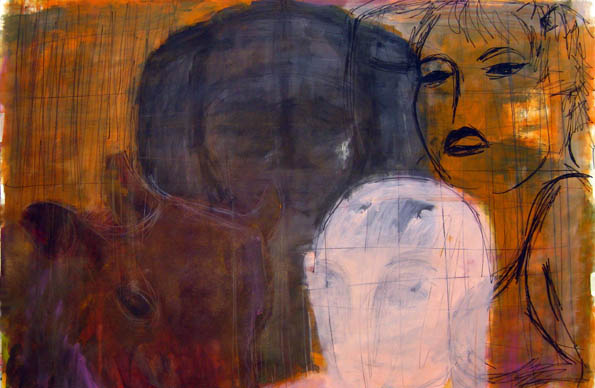 The Many Faces of Strait Street. ('Museum Night' 70x100cm acrylic on paper)

Strait Street, Valletta, has been getting quite some attention in recent months. Not that its name hasn’t had a certain resonance for well over a century – ask any British ex-servicemen who were stationed in Malta up to the ’60s or so.

Famed, or notorious for its music halls and less salubrious life in Valletta of old, Strait Street is now high on the agenda for rehabilitation and becoming an ‘in’ venue for those who love art, wine and music.

Wine bars and little hole-in-the-wall galleries have emerged along its very narrow thoroughfare, and thrive. By day M&S, that most British of retailers, is open for business in a designer-renovated building and further down, as it dips towards the end of the Valletta peninsula, law firms have lovingly done up patricians’ houses into amazing offices.

And, a couple of months back, we got the new Strait Street public conveniences! Which were talk of the town when they opened.

Riding on the crest of all this interest in the once much maligned Strait Street, this year’s Malta Arts Festival has created an event to celebrate the street. Spaces or Spazji is all about representing visual arts in a way the festival hasn’t captured them in previous editions. Rather than a conventional exhibition, the scope of this year’s project was to find and create a ‘new’ space for the visual arts.

The Art Exhibition
A privately-owned space near the upper end of Strait Street (nearly opposite Trabuxu wine bar has been ‘loaned’ out especially for the occasion and now hosts the works of five independent artists.

In complete contrast to the street’s physical boundaries, the works on show are broad in theme. The artists – Sean Gabriel Ellul, Fabrizio Ellul, Ruth Bianco, Anton Grech and James Micallef Grimaud, selected by curator Lisa Gwen Baldacchino – have been drawn together in the hopes of setting a precedent.