You are here: Home / Kids ahoy! A ship with science & art workshops 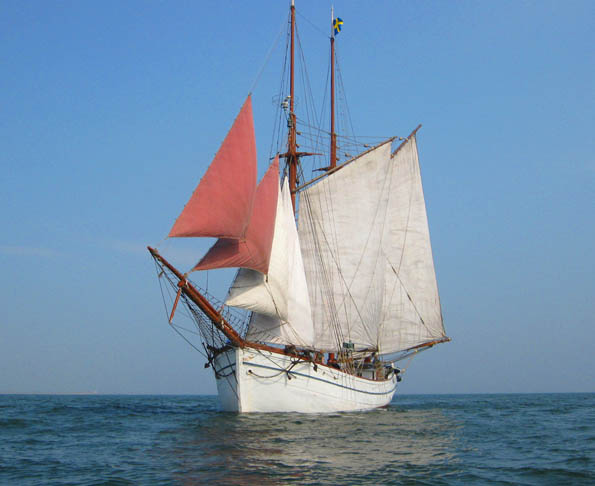 The Hulda Festival: a ship on a journey of science & art

First, there’s the boat – the MS Hulda, built in 1905. And then aboard it is a travelling exhibition of scientific sculptures by the Turkish-Swedish artist Ilhan Koman (1921 – 1986). The Hulda is now birthed at Grand Harbour Marina, Birgu (3 – 13 July) as part of the Malta Arts Festival. And it’s running some some great, hands-on workshops for kids, for free. But what is Hulda all about and why is it in Malta?

What is Hulda?
The Hulda Festival features events celebrating the meeting of arts and sciences around Hulda and Koman. The Festival kicked off in March 2009 and will draw to a close in November 2010, by which time the Festival aboard ship will have visited Stockholm, Amsterdam, Antwerp, Bordeaux, Lisbon, Barcelona, Naples, Malta, Thessalonica and Istanbul. The festival benefits from the active partnership of some of the most prestigious art or science institutions based in these 10 cities.

Ilhan Koman’s creativity combined arts with sciences, make him a representative of a universal approach that descends from Leonardo da Vinci. For the Hulda Festival, Koman’s artworks embark aboard Hulda, the boat that was his residence and workshop. Visitors are welcome to play with the artists’ most interesting pieces to get feel for their scientific properties and artistic qualities.

Workshops for Children
In parallel, ten different workshops have been conceptualised for children by a local organisation in each of the Hulda’s pit stops. The workshops bring artistic and scientific disciplines together to make them more interesting and playful through topics such as “Sculpture & Aerodynamics”, “Creating the Nautical Charts of the Middle-Ages” and “Art and Alternative Energies”. In Malta, the Art and Science Youth workshops are organised by Il-Kunsill Malti għax-Xjenza u t-Teknoloġija (Malta Council for Science and Technology) : 3 – 13 July 2010 – Hulda Tent.

Booking & Info
Workshops will be open to a maximum of 25-30 children each session. You will need to pre-book. For more information please contact Martina Castillo at martina.castillo@gov.mt or give her a call on 23602122.

Background on the Hulda Festival project, which ends in Istanbul to celebrate its year as a European City of Culture.