You are here: Home / Village gossip 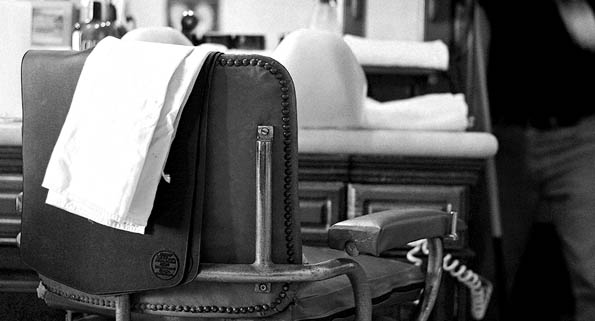 The chair for hair. Who's next for the chop?

In town salons, you can easily waste two or three hours having a cut and colour and be buried in silence in the latest copy of Vogue. But at a village salon in Malta, you are in and out, all done, in a blink of an eye. It’s cheap, cheerful and quick, and, at least in my case, the outcome is just as passable as if I’d spent four times the amount of time and money in town.

Given the swift turnaround of clientele – who spend an average of five minutes per cut in my local salon – it is surprising how much chit-chat, gossiping and news relating gets done. Those half way through colours or perms vacate the chair to sit on the side. They happily chip in to the conversation between hairdresser and the new client who’s taken the hot seat. The hairdresser’s door is ajar, so passing friends pop their heads in and add to the chit-chat while perhaps making a booking for later in the week. Appropriately, a hairdresser in Sliema was called Village Gossip. The name is still there on the wall, although the spot has been a cafe, on and off, for ages.

What I find endearing about this cameo of village life is that it brings the generations together. Cool, just-post pubescent youths were guffawing along with cackling old women, sharing some story or other about local life. The entire salon of young and old was in gales of laughter once. Everyone has a verdict to pass on the last hairdo or cut out of the chair – making comforting noises to reassure the customer that the new look suits them. It’s not a place to be timid and it’s too small a space not to be noticed.

Villagers like multi-tasking, both hairdresser and clientele. You often see women with perm rollers in and plastic cap on their head walking home to put lunch in and then coming back to have their hairdo finished at the salon later. Hairdressers in villages may have a booking system but rarely is anyone turned away if they call in on the off chance. Somehow they’ll fit you in when you want.

A few years ago, a friend who was coming home at 5am from a night club said she saw women in her village streaming out of the church from the crack-of-dawn mass and going straight across the road to the hairdresser. The salon owner had spotted a great opportunity to catch trade.

The lesson to draw from this account is to try your village hairdresser or barber first. Save on parking, time, money and vanity. It will always grow out if it goes awry. But for Euro 5 and five minutes a cut, I think my local ‘Hair to Go’ is the bee’s knees!